Those attacking central forces should be shot on chest: Bengal BJP chief 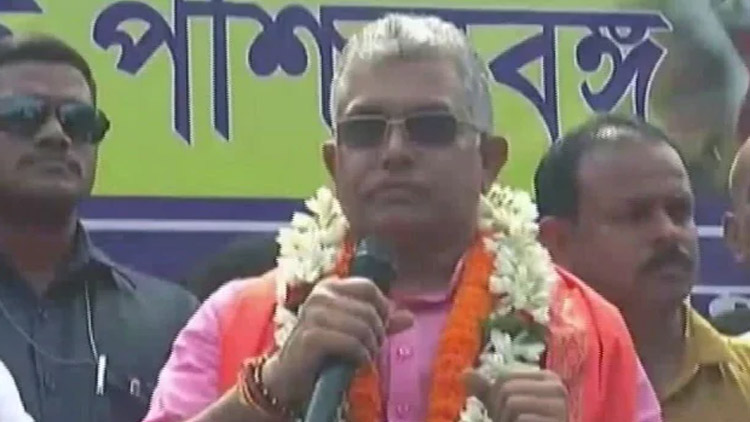 Kolkata: West Bengal BJP President Dilip Ghosh on Sunday said that the central forces had "every right" to open fire in adverse situations, adding that the miscreants attacking the security personnel should be "shot on the chest".

Violence marred the sixth phase of Lok Sabha elections in the eight parliamentary constituencies in the state on Sunday in which at least 26 people were injured and 16 vehicles were damaged.

"There have been constant attacks on Bharati Ghosh and her body guards. Stones were pelted on her car. Even one of her security personnel was injured. So if their (central forces) lives or people's lives are under threat, they should fire. I think the miscreants should have been shot on the chest, not on feet," Ghosh said.

"The central force personnel carry guns for security reasons and they are entitled to use them in adverse situations. Those are real guns, not toys," Ghosh added.