BJP may not open account in Kerala: IANS-CVOTER exit poll 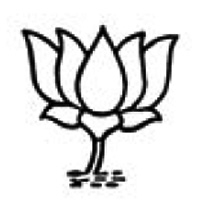 New Delhi: Despite mega efforts, the Bharatiya Janata Party (BJP) is unlikely to open its account in Kerala in the 2019 general elections, according to the IANS-CVOTER exit poll.

The Congress alone is projected to win 12 seats and its alliance partners 3 seats.

In the outgoing Lok Sabha, the UDF had 12 seats -- the Congress 8, the Indian Union Muslim League 2 and the Kerala Congress-Mani and the Revolutionary Socialist Party (RSP) one seat each. The LDF had eight seats.

The Congress President Rahul Gandhi is contesting from the Wayanad Lok Sabha constituency of the state, apart from Amethi, his traditional seat, in Uttar Pradesh.