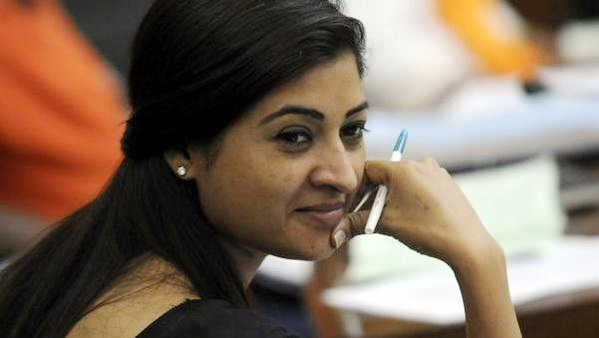 New Delhi: Disgruntled AAP MLA Alka Lamba said she skipped the road show of party chief and Delhi Chief Minister Arvind Kejriwal in Chandni Chowk on Wednesday as she was "insulted" by her party.

In a tweet, the Chandni Chowk MLA vented her anger and claimed she was asked to walk behind Kejriwal's car while other MLAs were with him in the car.

AAP candidate Pankaj (Gupta) ji's phone came to me and he invited me for the CM's road show. I was ready, then another message was sent that I would not be present with Kejriwal in his car but have to walk behind his car while other MLAs would be present with him. I cannot stand this and I decided not to participate in the road show, she said in the tweet.

Lamba has been at odds with the AAP for quite sometime now.

Earlier last month, Lamba engaged in a bitter Twitter spat with AAP's Greater Kailash MLA Saurabh Bharadwaj, who had taunted her to resign from the party.

Following the spat, Lamba addressed a large crowd outside Jama Masjid and said the party was repeatedly demanding her resignation.

Lamba hit a rough patch with the AAP over its decision to pass a resolution to revoke Rajiv Gandhi's Bharat Ratna. Lamba had raised objections to the party's resolution.

Lamba had alleged that the party leadership was "weakening" her and said she is being accused of attempting to switch over to the Congress.

In December, Lamba said in a tweet that AAP had asked her to support the resolution, which she refused. Lamba then added that now she is ready to face any punishment because of her actions.

Alka Lamba won the Chandni Chowk assembly seat in the 2013 Delhi elections. Before joining the AAP, Lamba was part of the Congress women's wing.