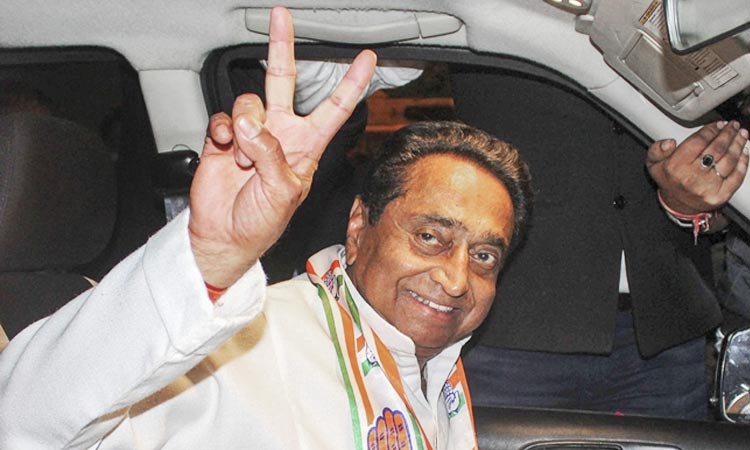 Bhopal: With exit polls predicting a sweep for the BJP at the Centre and a drop in Congress numbers in Madhya Pradesh in the Lok Sabha elections, the saffron party on Monday mounted an attack on the state's Kamal Nath government demanding a special session of the Assembly.

Leader of the Opposition in the Madhya Pradesh Assembly Gopal Bhargav said he was writing a letter to the Governor to call a special session of the Assembly because people had lost confidence in the state's Kamal Nath government.

Bhargava said the exit polls had got it right in 2014 and that there would be an encore on May 23. "The Congress will get just 2-3 seat in Madhya Pradesh. The BJP will get a majority and the Modi government will be formed," he said.

"Voters made up their mind to take revenge for the BJP's defeat in the Assembly elections and voted for the it in large numbers," he said and added that the exit polls had proved that people's faith in Prime Minister Modi was intact.

The Chief Minister countered Bhargav's attack tweeting: "Congress seats will increase and realities of the BJP's slogans and jumlas will be laid bare (on May 23)."

The Congress has 114 and the BJP 109 MLAs in the state Assembly. The Congress government is supported by the Bahujan Samaj Party, the Samajwadi Party and the Independent MLA.