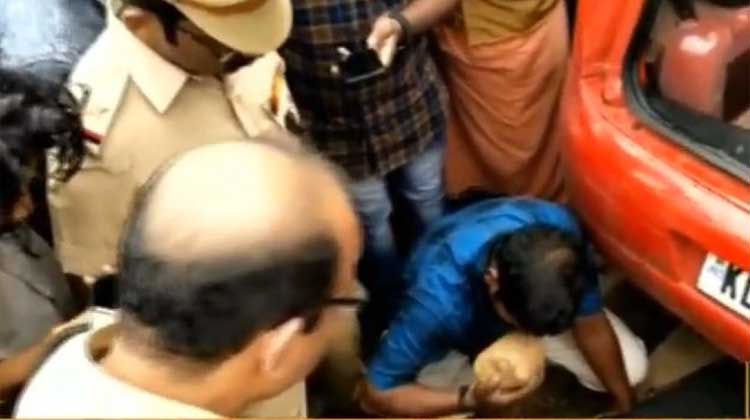 Greater Noida: In a house belonging to an IPS officer, who had rented it out, ran an international drug cartel for over two years till it was busted a few days back.

That the house in Greater Noida, on the outskirts of Delhi, was the den of illegal business was exposed almost by chance on May 9 when the Central Industrial Security Force (CISF) personnel deployed at Delhi's Indira Gandhi International Airport caught a South African woman Nomsa, 24, with 24.7 kg of pseudoephedrine drug in her luggage.

Pseudoephedrine is a precursor used for manufacture of methamphetamine, a drug widely used in Europe and South East Asia, a Narcotics Control Bureau (NCB) official said on Monday.

The syndicate was being run by a Nigerian national, Kingsley, who left India in November last year with the law enforcement agencies here having no clue as to how he had been using the place as a safe haven for the illegal activity.

The house belongs to an IPS officer who had rented it out through agents. He was not aware that his house was being used by a drug syndicate, the NCB official said.

The syndicate had been supplying narcotic substances to several groups belonging to South African region who later sell it to drug abusers in Delhi, Noida, Greater Noida and Gurgaon.

Deputy Director General, NCB, S.K. Jha told IANS that his department came to know about the syndicate only after it took the South African woman in its custody when the CISF shared the information regarding recovery of pseudoephedrine from her possession.

The woman, who had arrived in Delhi 20 days earlier, also did not know as to the exact place where she was kept as the mastermind Kingsley had directed his associate Richard alias Henry that "birds are not supposed to know the house", said the official involved in the investigation.

Richard, who had been handling Kingsley's business, was arrested during the May 10 raid carried out by the NCB. A woman member of the racket, identified as Chiamanda, was also held from the house.

In the raid, the official said, the NCB team recovered 1,818 kg pseudoephedrine, two kg of cocaine and 134 kg fake heroin.

"This was the biggest ever seizure of pseudoephedrine or ephedrine in India outside factory premises by any agency as per our records after the 2016 raid in a Solapur factory in Maharashtra from where same 20,000 kg substance was seized," Jha said.

About the modus operandi, the official said pseudoephedrine is procured from India at small rates and sent to South Africa where it is used to make Methamphetamine.

The demand of pseudophedrine is very high outside India specially in America, Malaysia, Thailand, Nigeria, Mozambique and several other countries because of its cheaper rate, Jha said.

Because of their chemical manufacturing hubs, India and China supply pseudophedrine, which is found in powder form, said the official.

The NCB had also seized around 1,000 kg pseudophedrine from Uttar Pradesh's Ghaziabad in end of January which was to be sent to Iran and Afghanistan.

With the busting of the racket, the NCB also seized a diary which mentions 20-25 drug peddlers but only with their nick names.

The NCB is trying to crack the nicknames so that the peddlers too could be arrested.

The arrested people have allegedly confessed to having bought the pseudophedrine chemicals from various illicit sources and stored them to manufacture drugs and supply them to various cities.

"They distributed drugs in Delhi-NCR. They also manufactured fake heroin and transported it out of the country," Jha added.