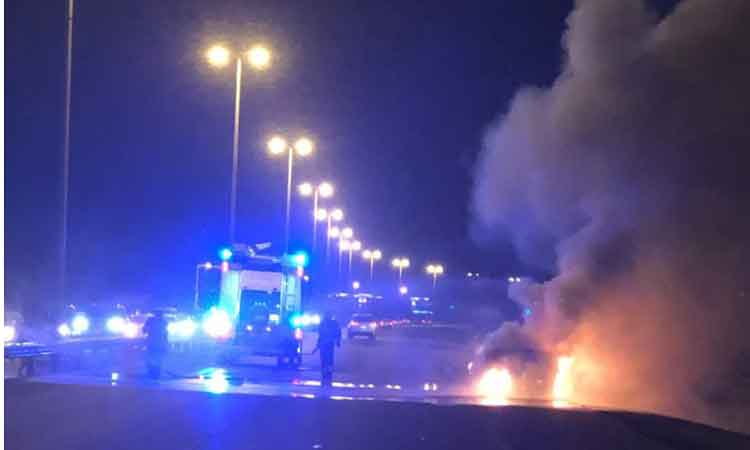 Surat: Police have arrested the owner of the Surat coaching centre in which a massive fire had erupted Friday claiming lives of 20 persons, mostly teenage students.

Two builders of the commercial Takshashila Complex in Sarthana area, the site of the inferno, are on the run, Surat Police Commissioner Satish Sharma told reporters Saturday.

"Police registered an FIR under various sections (of the Indian Penal Code) against three persons last night. They include two builders and the owner of the coaching class. We have arrested one person. 20 persons have so far died in the incident," he said.

The accused coaching class owner has been identified as Bhargav Butani, and the builders as Harshul Vekaria and Jignesh Paliwal.

"We have already arrested Butani. Hunt is on to nab the remaining two," Sharma said.

A massive fire had engulfed the four-storey commercial complex in Surat.

Most of the victims included teenage students. While some of them died of suffocation, many due to injuries sustained after jumping off windows to escape the fire.

In a video clip of the incident, some young students at the Takshashila Complex can be seen jumping off the third and fourth floors amid plumes of thick smoke.

According to eye witnesses, at least 10 students had jumped out to save themselves from the blaze.

The state government had ordered a detailed inquiry into the incident.