Akhilesh plans to revamp party, include other castes 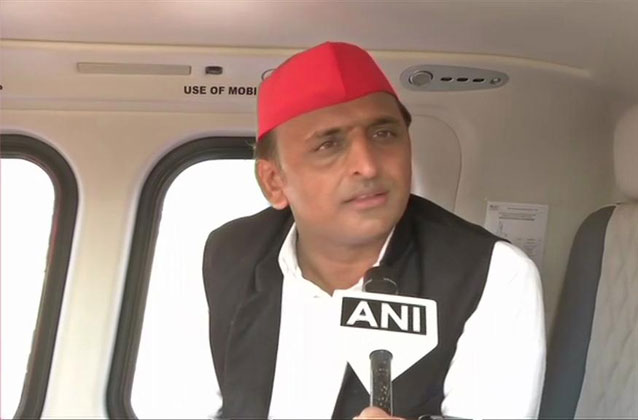 Lucknow: The Samajwadi Party is preparing for a major revamp even as rumbling of dissent begin to emerge from the ranks following its poor performance in the just-concluded Lok Sabha elections.

Samajwadi Party President Akhilesh Yadav held a series of meetings over the past two days in the presence of party patriarch Mulayam Singh Yadav.

The senior Yadav is said to have told Akhilesh Yadav to make the party more broad-based instead of focusing only on backward castes.

The national Secretary of the Samajwadi Lohia Vahini, Shravan Kumar Tyagi, has posted an open letter to Akhilesh Yadav on the social media, asking him to get rid of sycophants and sideline those leaders who misbehave with party workers.

"The party office is filled with leaders who cannot even get 10 votes on their own," the SP leader wrote.

Meanwhile, two of the newly elected SP MPs have also blamed the alliance with the BSP for the party's defeat.

The MPs said that the alliance was formalized too late and the message did not reach the people.

"I think SP and BSP votes could not assemble together... People also got less time to understand our message. Gathbandan mein thodi der hui (the alliance got a bit delayed)," said S.T. Hasan, the SP MP from Moradabad.

Shafiqur-rehman Warq, the SP MP from Sambhal, said that if the Congress was part of the alliance, it would have been beneficial.

"Gathbandan aur mazboot ho jata… natije behtar aate (the alliance would have been strengthened and the result would have been better)," he said. He also said that SP and BSP workers worked at cross-purposes.

SP sources said that Akhilesh Yadav has met a cross section of leaders during the past two days. These include those leaders who had been sidelined in recent months.

Akhilesh Yadav has also disbanded the frontal units of the party like Lohia Vahini, Samajwadi Yuvjan Sabha, Mulayam Singh Youth Brigade and Samajwadi Chhatra Sabha. These organizations will be reconstituted with new leaders.

Akhilesh Yadav had earlier dissolved his panel of 50 media panelists.

The Samajwadi Party has fared rather badly in the Lok Sabha elections, despite its alliance with the Bahujan Samaj Party (BSP). It won only five seats.