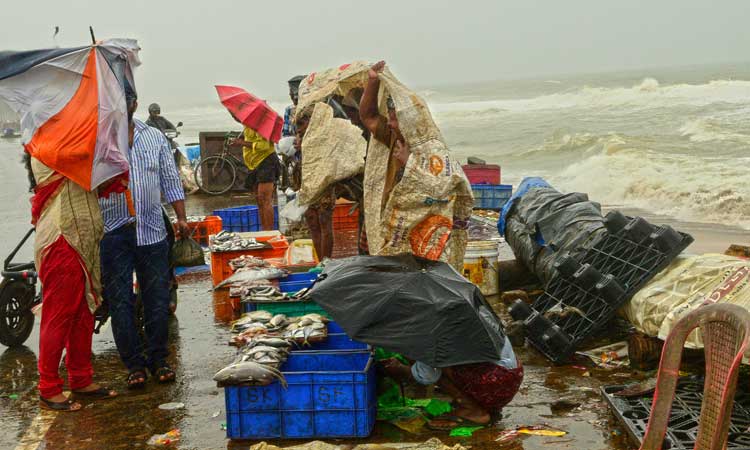 New Delhi: Sea level along the Indian coast has risen by 8.5 cm in the last five decades, Union Minister Babul Supriyo said in the Rajya Sabha on Tuesday.

Responding to a question on whether several cities will be submerged as temperatures are rising due to global warming, the minister of state for environment said that the rate of increase of sea level due to climate change cannot be attributed with certainty.

"Further, satellite altimetry and model simulations showed that the North Indian Ocean (NIO) also exhibits decadal variability. During the last decade (2003-2013) it experienced sea level rise at a rate of 6.1 mm/year," he said in a written response.

The minister further said that the rising sea levels can exacerbate the coastal inundation along the low lying areas during extreme events such as tsunami, storm surge, coastal flooding and coastal erosion.

"However, the coastal areas that might get inundated due to the rising sea level need to be evaluated based on their elevation above mean sea level. Since no long term data on land subsidence or emergence are available for these locations, the rate of increase of sea level due to climate change cannot be attributed with certainty," he said.

"For example, the higher rate of sea level increase at Diamond Harbour is also due to the larger land subsidence happening there. The same may apply to Kandla, Haldia and Port Blair as well," Supriyo told the Rajya Sabha.

Recently, a report of the UN's Inter Governmental Panel on Climate Change (IPCC) had warned that global sea levels are set to rise by at least 1m by 2100 if carbon emissions go unchecked, submerging hundreds of cities, including Mumbai and Kolkata, and in some cases entire countries.