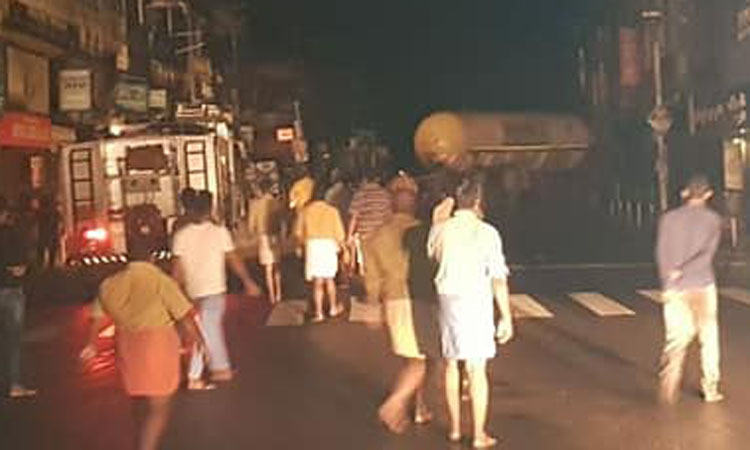 New Delhi: NCP supremo Sharad Pawar's nephew Ajit Pawar might have turned the tables in Maharashtra to form a government with the BJP, but did the Enforcement Directorate (ED) case against him relating to the Maharashtra State Cooperative Bank (MSCB) scam to the tune of Rs 25,000 crore play a major role for the junior Pawar to revolt against his uncle and switch alliance with the saffron party?

However, ED officials said that the cases against NCP leaders are still open and the investigation is going on.

On September 24, the ED had registered a case of money laundering against Sharad Pawar, Ajit Pawar and several others, triggering a political turmoil in Maharashtra ahead of the October 21 Assembly elections for 288 seats.

The ED registered the case after the Bombay High Court ordered the Economic Offences Wing (EOW) of the Mumbai Police to probe and file cases against the Pawars and others in the matter.

Following the EOW's FIR in late August, the ED filed its case a month later. After registering the case, the ED had said that there were several irregularities in loans provided to the Cooperative Sugar Factories (CSFs) by the MSCB officials who were allegedly connected to the owners of the factories.

The loans were sanctioned to the factories despite weak financials, negative net worth, collaterals not taken in many cases and additional facilities extended without any justification.

This and other factors resulted in many of the CSFs falling sick while many were sold at lower than the reserve price for the benefit of the buyers who were personally or politically connected with the MSCB directors whose consent was not taken before the sales.

Besides, the ED said many transactions involved forged sales documents and many sales were affected without inviting tenders, thus flouting the rules of NABARD, the Reserve Bank of India (RBI) and the SARFAESI Act.

"There was huge misappropriation of funds on the part of committee members, directors and loan committee members of MSCB, acting in connivance to siphon off the money and causing huge losses to the bank," an ED official said.

Senior Pawar, however, soon turned the political tide in his favour after he announced that Maharashtra has never bowed before Delhi and he was going to appear before the ED.

Commenting on the developments in the case, an ED official told IANS, "The case is open and we are preparing our grounds to summon those named in the FIR for questioning and no one will be spared."

The Pawars and other prominent politicians were named in a public interest litigation filed by Mumbai-based activist Surinder M. Arora, accusing them of causing losses worth around Rs 25,000 crore to the MSCB between 2007 and 2011.

On the other hand, several other NCP leaders such as former Civil Aviation Minister Praful Patel and former state minister Chhagan Bhujbal are also being probed by the ED in other cases of money laundering.

The ED has questioned Praful Patel in connection with its probe into the Air India profitable seat sharing deal and a property deal case linked to late Iqbal Mirchi, an accused in the 1993 Mumbai bomb blasts and a close aide of Dawood Ibrahim.

On the other hand, Bhujbal was arrested in March 2016 and was granted bail in May 2018 by a Mumbai court on a personal bond of Rs 5 lakh. The former state PWD Minister was arrested after an ED probe revealed that he and his associates allegedly misused their office and caused financial loss to the government.

According to the ED, Bhujbal had awarded contracts related to construction and development works, including one for the construction of the Maharashtra Sadan in New Delhi to a particular firm in return for kickbacks for himself and his family.

Bhujbal and his nephew Sameer Bhujbal used to channel such money to illegal companies owned by them, the agency had alleged.

In the case against Bhujbal, the ED has till date attached properties to the tune of Rs 178 crore.

The ED official said that in all these cases, investigations are going on. "We have questioned a number of people in these cases and we will take proper action at the proper time," he added.

While speaking to reporters earlier in the day, Shiv Sena leader Sanajy Raut said that the BJP used the ED probe against Ajit Pawar to split the party.

"When (Devendra) Fadnavis was the Chief Minister, he had said that his (Ajit Pawar) place is in Arthur Road (jail). Was the ED investigation used to split the party (NCP)? And, will Cabinet meetings happen in Arthur Road jail now," Raut asked.

On the other hand, Sharad Pawar distanced himself and the NCP from Ajit Pawar's move, and said that his support to the BJP was his "personal decision" and his party did not endorse such things.