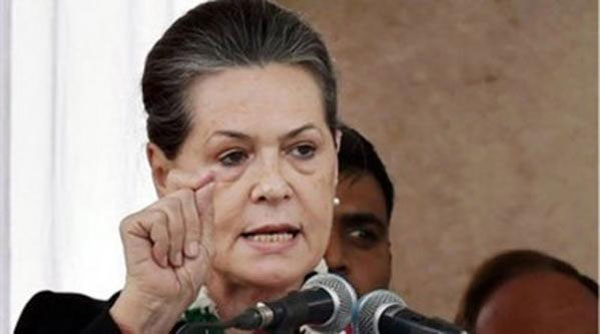 New Delhi: In her first comments after aligning with the Shiv Sena, Congress president Sonia Gandhi said the three parties have come together under extraordinary circumstances when the political atmosphere in the country has become poisonous.

Rahul Gandhi, in a separate letter, also expressed confidence that the Maharashtra Vikas Aghadi coalition will provide "a stable, secular and pro-poor government".

He said the three parties have come together to defeat the BJP's attempt to undermine democracy and the people of Maharashtra have high expectations from the coalition.

In a letter to Uddhav Thackeray, Sonia Gandhi while congratulating him on becoming the chief minister of Maharashtra, hoped the new government will fulfil the hopes and expectations of the people of Maharashtra.

She also expressed her regrets for not being able to attend the swearing-in at Shivaji Park where Thackeray was sworn in along with others.

She said the Shiv Sena, NCP and the Congress have come together under "quite extraordinary circumstances at a time when the country faces unprecedented threats from the BJP".

"The political atmosphere has become poisonous and the economy has collapsed, farmers are facing great distress. The Shiv Sena, NCP and the Congress have agreed to a common minimum programme and I am confident that all three parties will strive their utmost to implement that programme in letter and spirit," the Congress president said.

"The people of Maharashtra expect the alliance to provide cohesive, purposeful, responsible, responsive and transparent administration and our collective effort will undoubtedly be to ensure that these expectations are fulfilled," she said.

Her comments come in the wake of serious differences within the Congress over aligning with the Shiv Sena and forming a government with the right-leaning outfit.

Rahul Gandhi also noted that the events leading up to the government formation in Maharashtra have set a "dangerous precedent for our democracy".

"I am glad that the Maharashtra Vikas Aghadi has come together to defeat the BJP's attempt to undermine our democracy. The people of Maharashtra have high expectations from the coalition and I am confident it will provide them a stable, secular and pro-poor government," Rahul Gandhi said.

Uddhav Thackeray takes over as chief minister of Maharashtra at a function in the Shivaji maidan in Mumbai after the Shiv Sena, Congress and NCP decided to come together and form a government in Maharashtra under a common minimum programme.