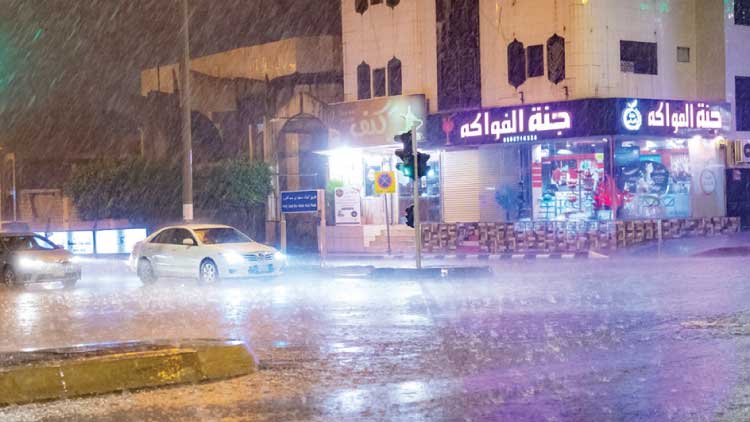 Hyderabad: Fifty per cent excess rainfall during September helped the Telugu states of Andhra Pradesh and Telangana to register above normal rainfall during southwest monsoon period spread from June to September.

While Telangana received six per cent excess rainfall during the four month period, it was 10 per cent above normal in neighbouring Andhra Pradesh, according to the Indian Meteorological Department (IMD) data on Monday.

The two states may receive more rains as the withdrawal of southwest monsoon is likely to be delayed till October 7.

Despite nearly 40 percent deficit in June due to the delayed monsoon and its sluggish movement during July, the heavy rains during the subsequent months helped both the states to overcome the shortfall.

For the entire four-month period, Telangana recorded 805.6 mm rainfall against normal of 759.6 mm. Ten districts still have deficits ranging from four per cent to 23 percent.

During September, Telangana received 241 mm rainfall against normal of 163.9 mm, an excess of 47 per cent.

Out of 33 districts of Telangana, three districts registered deficient rainfall between 20 and 23 per cent. Five districts had excess rainfall while it was normal in the rest of the state.

The excess rainfall in Hyderabad during September was 116 per cent. The city once again received heavy rains on Monday, inundating low-lying areas and affecting the normal life.

Andhra Pradesh received 10 per cent excess rainfall. The actual rainfall recorded in the state was 565.2 mm against normal 514.4 mm.

According to IMD, the rainfall was excess in East Godavari and Guntur districts while it was normal in the remaining eight districts.

During September, Andhra Pradesh received 229.1 mm rainfall against a normal of 152.5, an excess of 50 per cent.