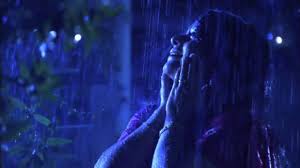 Mumbai : Maharashtra''s ruling Bharatiya Janata Party (BJP)-Shiv Sena''s dream run continued with their candidates leading in over 125 constituencies while the opposition Congress-Nationalist Congress Party (NCP) nominees were ahead in around 75 seats, in the early trends of the October 21 Assembly elections vote count here on Thursday.

Ally Shiv Sena''s Aditya Thackeray in Worli, Sanjay Raymulkar in Buldana, Yamini Jadhav in Byculla, besides party candidates in at least 30 other seats, were also leading.

From the opposition side, the NCP''s Ajit Pawar was leading in Baramati, Suman R. Patil in Tasgaon-Kavthe Mahankal, Hasan Mushrif in Kaga and Jitendra Awhad in Mumbra.

The Congress'' Leader of Opposition Vijay Wadettiwar was ahead in Brahmapuri, state President Balasaheb Thorat in Sangamner, Dheeraj Vilasrao Deshmukh in Latur Rural and Nitin Raut in Nagpur North.

Besides the ruling BJP-Sena and opposition Congress-NCP, the other important parties in the fray include the MNS, Prakash Ambedkar''s Vanchit Bahujan Aghadi, the Owaisis'' All India Majlis-e-Ittehadul Muslimeen and Arvind Kejriwal''s Aam Aadmi Party.

Over 200,000 police personnel has been deployed as more than 25,000 election officials were counting the votes simultaneously across the state.