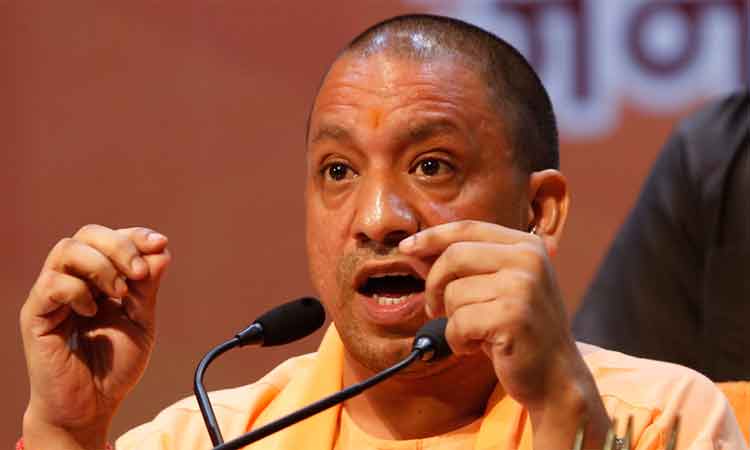 Sonebhadra (Uttar Pradesh): Uttar Pradesh Chief Minister Yogi Adityanath on Friday handed over land documents to 281 residents of Sonebhadra, where 11 tribals had been killed in a land dispute on July 17.

Adityanath gave allotment of lease of a total 852 bigha of land to 281 beneficiaries, mostly tribals.

He also gifted developmental projects worth Rs 339.80 crore to the district, laying the foundation of 11 schemes and inaugurating 35 projects. He also announced a residential girl school and a police outpost for the village.

Golden cards were also given to 510 residents and 201 under Ayushman Bharat scheme and Mukhya Mantri Jan Arogya scheme, respectively.

The Chief Minister took a dig at Congress General Secretary Priyanka Gandhi Vadra and said: "I want to ask 'shahzadi' of the Congress whether she will apologise for injustice done to the poor tribals? Will she fight to ensure action against those involved in land grab?"

Yogi Adityanth had earlier blamed Congress for the deaths in Umbha village saying that the roots of the land dispute had been laid more than 50 years.

"A Congress Rajya Sabha MP had registered a society in 1952 and had fraudulently grabbed the land of poor tribals and the land owners were made landless by him," he said.

The Chief Minister said that a probe had revealed that SP, BSP and Congress in collusion with land sharks had during their respective regimes grabbed more than 1 lakh bigha of the land of tribals. "We will spare none," he assured while adding that a SIT was probing the issue and would submit its report within three months.

It may be recalled that on July 17, 11 tribals were killed in indiscriminate firing, allegedly by a local village head and his aides in a dispute over possession of farming land.

Opposition parties attacked the state government while the BJP blamed the opposition.

Priyanka Gandhi had attempted to enter the village to meet the tribals and was detained in Chunar town on July 19. She later visited the village on August 13.