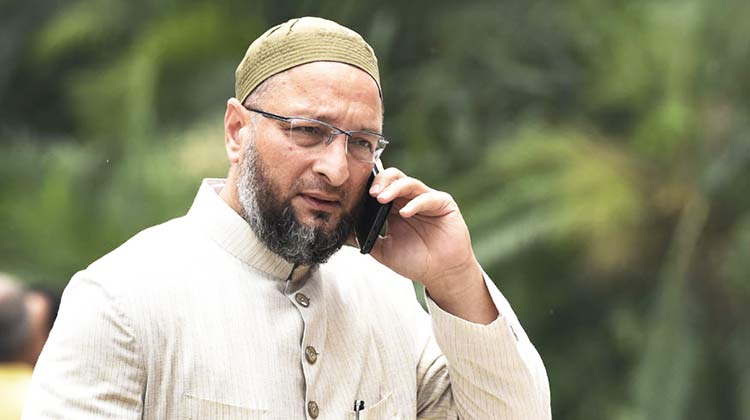 Ranchi: AIMIM chief Asaduddin Owaisi has announced that his party will contest the Jharkhand elections, scheduled for later this year.

Addressing his maiden rally here, the Hyderabad MP said the All-India Majlis-e-Ittehadul Muslimeen (AIMIM) "will unite Muslims, Christians, tribals and other secular-minded people", while also expanding its political base in this part of the country.

He, however, did not mention the number of seats the AIMIM would contest in the upcoming polls.

Exuding confidence that the next Assembly will have members from his party, Owaisi said on Tuesday, "The AIMIM would not allow Sheikh Bhikari and Jaipal Singh Munda's struggle go waste."

Bhikhari was a freedom fighter, while Munda had captained a hockey team, which went on to clinch gold in the 1928 Summer Olympics.

"We will not just contest elections in Jharkhand, but also send members to its Assembly," Owaisi asserted.

The parliamentarian assured Shahista Parveen, wife of Seraikela lynching victim Tabrez Ansari, "justice would be served in the case".

Ansari, 24, was seen on national television being beaten up with rods while tied to a pole and forced to chant 'Jai Shri Ram' over an alleged theft. He succumbed to his injuries days later.

His wife, Shahista, was here on Tuesday to attend Owaisi's rally.