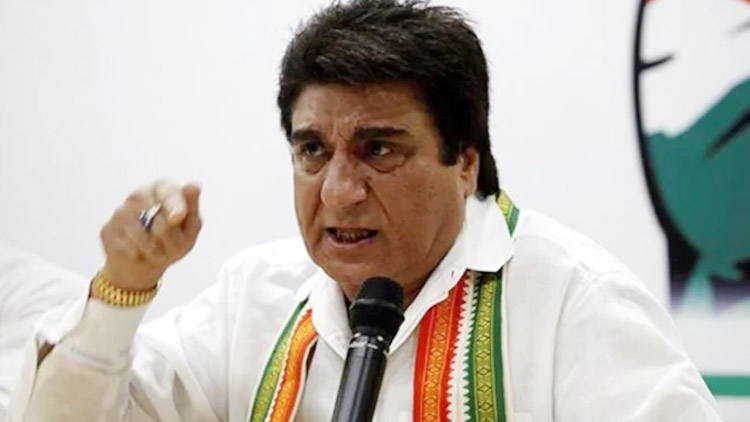 Lucknow: Uttar Pradesh Congress Committee President and Rajya Sabha MP Raj Babbar said on Wednesday that the people have begun to see through the Bharatiya Janata Party's (BJP) game and the party will pay for its sins in the upcoming elections.

Talking to IANS over phone, Babbar said that the BJP government had destroyed the country's economy and had created an atmosphere of fear among people.

"If someone dares to open his mouth against the BJP leaders or the government, he is sent to jail under trumped-up charges," Raj Babbar said.

He predicted that the BJP will face massive defeat in the by-elections on the 11 seats in Uttar Pradesh.

"The people of India will not be fooled any longer as the deteriorating state of law and order and economy is visible to all," he said.

Raj Babbar criticized Uttar Pradesh Chief Minister Yogi Adityanath and said that he has not yet mastered the art of running the state government efficiently.

Raj Babbar said the only person in the Congress who scares the BJP is Congress General Secretary Priyanka Gandhi because the BJP cannot answer even one question asked by her.

He said that Agra was his birthplace and he felt 'distraught' seeing the state of affairs there.

"Agra is internationally known city, but the roads are filled with potholes and garbage is strewn all around," he said.

The BJP had pledged to clean up the Ganga and Yamuna as soon as it gained power, but both rivers are dirty even after six years under Modi. The Yamuna looks like a dirty sewer, casting a murky spell on the beauty of the Taj Mahal, which is earning a bad name for Agra and India," he added.