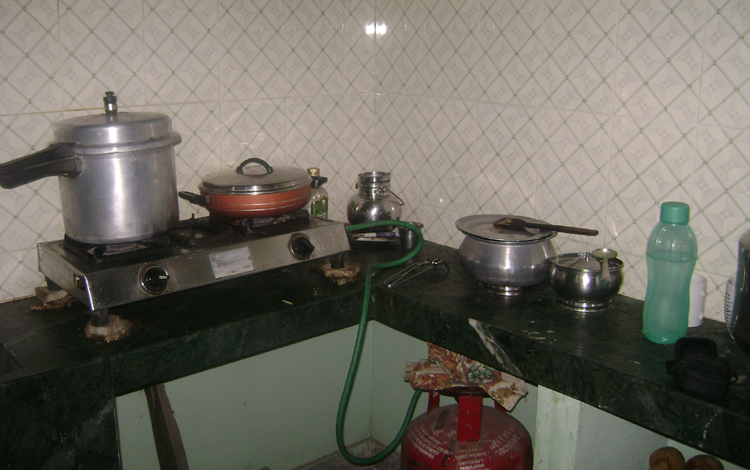 New Delhi: Irked over repeated failures of the states to file their replies, the Supreme Court on Monday came down heavily and imposed cost of Rs five lakh on them for not complying with its directions to file their affidavits on a PIL seeking setting up of community kitchens across the country.

A bench of Justice N V Ramana, Ajay Rastogi and V Ramasubramanian, during hearing in the morning, said if the Union of India and the states file their affidavit in the next 24 hours then they will have to pay only Rs one-lakh fine, whereas those who still fail to submit it by then will have to pay Rs 5-lakh fine.

The top court said that five states - Punjab, Nagaland, Karnataka, Uttarakhand and Jharkhand -- and Union Territory of Andaman and Nicobar, who have filed their responses on the PIL filed by Arun Dhawan, will not pay any fine.

Advocate Ashima Mandla, appearing for the petitioner said that five months have passed since the apex court had issued notice and except for five states and one union territory, no other states and UTs have filed their response.

She said that 69 per cent of children under the age of five who have lost their lives are due to malnutrition and it is high time that States take steps to set up community kitchens.

Additional Solicitor General Madhavi Divan, appearing for the Centre sought some more time to file response to the PIL.

The bench, however, posted the matter for further hearing on February 17 and asked the Centre and state to file their responses at the earliest with the cost.

The apex court had on October 18 favoured setting up of community kitchens, saying the country needs this kind of system to tackle the problem of hunger.

It had issued notices to the Centre and all states seeking their responses on a PIL seeking directions to all the states and union territories (UTs) to formulate a scheme for community kitchens to combat hunger and malnutrition.

The plea had claimed that many children, under the age of five, die every day due to hunger and malnutrition and this condition was violative of various fundamental rights, including the right to food and life of citizens.

The PIL, filed by social activists Anun Dhawan, Ishann Dhawan and Kunjana Singh, had also sought a direction to the Centre for creating a national food grid for people falling outside the purview of the public distribution scheme.

It had also sought issuance of an order to the National Legal Services Authority (NLSA) for formulating a scheme to mitigate hunger-related deaths.

The plea referred to the state-funded community kitchens being run in Tamil Nadu, Andhra Pradesh, Uttarakhand, Odisha, Jharkhand and Delhi that serve meals at subsidised rates in hygienic conditions.

The plea also referred to the concepts of soup kitchen, meal centre, food kitchen or community kitchen, in other countries, where food is offered to the hungry usually for free or sometimes at below-market price.

The petition, filed through advocates Ashima Mandla and Fuzail Ahmad Ayyubi, had said that the Centre and its various ministries have initiated and implemented various schemes to combat hunger, malnutrition and the resulting starvation, although in reality, effective implementation of the schemes was "unclear and fairly limited".

The statistics on starvation deaths in the country are unavailable and starvation as the cause of death can only be ascertained upon autopsy after death, the plea said, adding that global agencies report that more than three lakh children die every year in India because of hunger, whereas 38 per cent below the age of five are stunted.

"Implementation of community kitchens funded by state or in association with corporate social responsibility by a public-private partnership (PPP) may be implemented to complement the existing schemes," it said.

The petition also said that a 2010 report by the World Food Programme on the state of food insecurity in India indicates that increasing urban inequality, significant under-investment in urban health and nutrition infrastructure, workforce in casual or contract employment or even less remunerative self-employment, growth of slums and slum population lacking in most basic health and hygiene infrastructure has resulted in a permanent food and nutrition emergency.