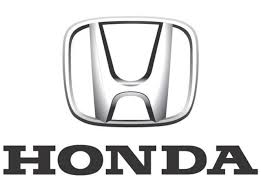 Noida: A 50-year-old man who was working as Director at a Honda showroom here jumped to his death from the 10th floor of his society building on the Noida Expressway early on Wednesday, police said.

Sanjay Singh was found unresponsive by the security guards in the small garden area below the D Tower of Gulshan Ikebana society situated in Sector 143.

According to DCP Noida (Central) Harish Chandra, prima facie, it appeared that Singh was suffering from low-confidence levels and the suicide note points towards domestic issues.

"The incident happened after midnight. Singh, who lived in flat no 102 in D Tower of the society was alone at home. The guards found Singh's flat locked from the inside, with blaring TV sounds," Chandra told IANS.

According to him, the police need to speak to family members in detail to understand what might have led Singh to take this extreme step.

"The body has been sent for post-mortem and we are waiting for the results," said Chandra.

According to the society guard who was on duty in the D Tower, some neighbours called him in the night after they received frantic calls from Singh's wife who was not at home.

Singh was not picking up her calls.

Singh was immediately taken to a nearby hospital where he was declared dead.