A lot to learn from Sri Lanka News coming from neighboring Sri Lanka would appear exaggerated and unbelievable. The island nation, which became independent in 1948, is going through the worst crisis in its history. People's normal lives have come to a halt due to the shortage of essential commodities. A major section of the 2.5 crore population has been thrown into starvation. Food, gas, petroleum products and medicine are becoming hard to come by. Two days ago came the notification that the annual examinations in schools have been postponed indefinitely. The reason: there is not enough paper available! Why a country that has been enjoying a reasonable standard of living has suddenly been thrown to this plight is a matter for everyone to ponder. The international community has an obligation to take precautionary measures to prevent this economic crisis from leading to starvation and civil unrest. The latest news is that people are fleeing to India by sea due to food shortages. If this is let go on unstopped, the country is probably in for a great humanitarian catastrophe. The biggest problem Sri Lanka had faced was the conflict with the Tamil Tigers who were fighting for independence. However, through a major military operation, in 2009 the regime was able to almost eliminate LTTE. With the end of that 'internal enemy' it was hoped that the country would move forward again. However, what was seen after the disappearance of the LTTE was Sri Lanka suffering further setbacks which have now reached the peak. Different reasons are given for the current Sri Lankan crisis. Simply put, the chief causes are rising inflation and depletion of foreign exchange reserves. But that makes only the economic part of the crisis. There are also political and social factors, without solving which Sri Lanka cannot return to normalcy. But then the most unfortunate part is that the country has gone past that stage of returning to normal. After the military liquidation of the LTTE, the government had made no efforts to take the Tamil people into confidence or bring them back to the political mainstream. On the contrary, government actions made them even more hostile. Violence, including massacres, and systematic discrimination continued. Large-scale state discrimination and atrocities were committed also against Muslims, who form nine percent of the population. The Easter terrorist attacks of 2019 further aggravated this trend. In short, as Sri Lanka came to be ruled by a government based on Sinhala nationalism for the past few years, that alienated two of the country's dominant minorities. In parallel, the Sri Lankan government has reduced itself to a system that combines extreme Sinhala ethnicity with the interests of the Rajapaksa family. 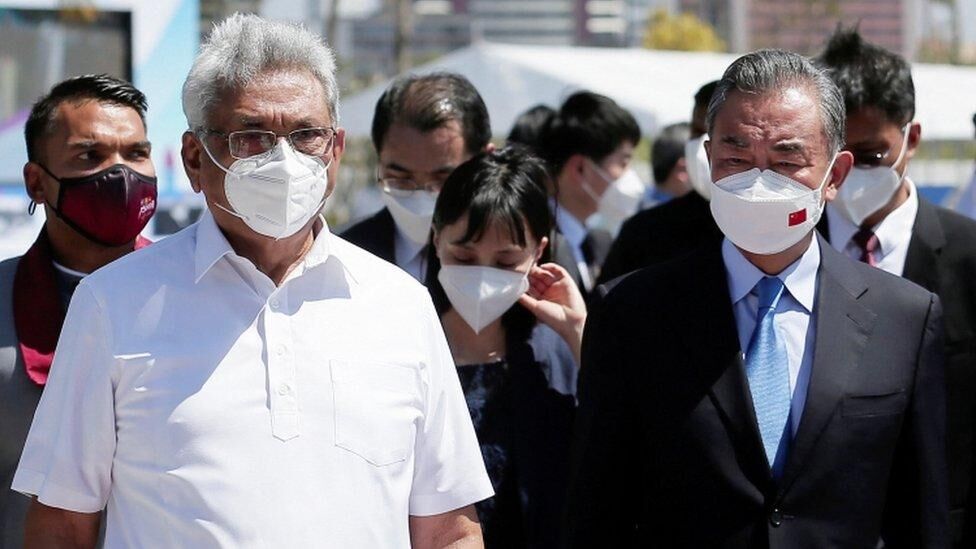 Sri Lanka is a country that banks on imports for essential commodities. Ten percent of its GDP comes from tourism. The tourism industry suffered a severe jolt from the Easter Day terror attacks of 2019. And before recovering from its impact came the pandemic which shook the entire world. In other words, Sri Lanka was losing an important source of foreign exchange. In the meanwhile, something else also happened: huge projects were started in the country by borrowing billions of dollars from China. And then happened what would happen with falling income and rising expenses: not only did revenue fall, but huge interest fell due. Thus the country has reached a point where it is unable to repay the exorbitant interest that huge foreign debts had placed on the country. The dent in foreign exchange reserves also affected imports. Inflation skyrocketed. Essentials became scarce. As fuel availability dwindled, that affected industry and power sector. Power generation was reduced to a few hours a day. When that happens, one can only guess its domino effect. Now the country sees long queues running into kilometers at petrol stations. The situation is being controlled by deploying the army. News is also coming of people dying in queues. China, which put the noose of interest around Sri Lanka's neck is being blamed for looking the other way in an hour of crisis. There are also those who think that Sri Lanka is a victim of China's 'debt trap diplomacy'. The truth is that interest will strangulate not only individuals and families, but countries as well. The big lesson is that spending should be commensurate with income. It is also a great lesson that no country can move forward without taking all sections into confidence and with due regard to them.