text_fields
bookmark_border
Studies show that since it came into being 64 years ago under the guise of countering separatism and terrorism.more civilians than such criminals have become victims of this law. Stories of brutal torture have also come to light. The attempts to repeal the Armed Forces Special Powers Act (AFSPA) in the Northeast needs to be welcomed. Prime Minister Narendra Modi has indicated that these areas could be exempted entirely from AFSPA if the government's efforts to improve the situation are effective. AFSPA, which gives unfettered powers to the armed forces in areas declared disturbed, was widely misused and gave room for civil-human rights violations. This has led to a lot of criticism too. There have been several attempts to withdraw the so-called 'law beyond the law', but reports say that the lobbies inside the military and the vested interests of the political leadership thwarted it. Four months ago, 15 civilians were shot dead by the army in Nagaland's Mon district, prompting massive protests. 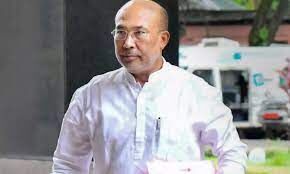 Also Read:In the face of criticism, the BJP clarifies its stance on repealing AFSPA from Manipur

The authorities' explanation for the massacre was that it was due to mistaken identity. This is not an isolated incident in the history of AFSPA. Studies show that since it came into being 64 years ago under the guise of countering separatism and terrorism.more civilians than such criminals have become victims of this law. Stories of brutal torture have also come to light. Stories of brutal torture have also come to light. The AFSPA was passed for a very short period of time to prevent separatist activities in the Naga Hills, but what was witnessed is that it continued for sixty years and was extended to other northeastern states such as Arunachal Pradesh, Assam, Manipur, Meghalaya, Tripura, Jammu and Kashmir and Punjab. Despite reports that the military has committed numerous crimes, including arbitrary arrests, torture, rape, murder, raids on houses without warrants, and destruction of property, the vast majority were spared from punitive action due to the protection of the law. It has created a situation where the government relies on military force against the people instead of resolving an issue democratically through political dialogue. In Punjab, AFSPA was withdrawn in 1994 but it remained in force elsewhere. In Kashmir, this law has worsened the issue. The rule is that if the government issues a 'disturbed area' notification to impose AFSPA, it cannot be questioned in court. Another side of the excessive power is that even if civilians are killed, no action can be taken against criminals in the military without the written permission of the Central government. Article 4A of AFSPA violates the right to life guaranteed by the Constitution. Article 4C of AFSPA is a denial of the civil right to freedom and security guaranteed in the Constitution. Article 6 denies citizens the right to seek legal redress.

During the AFSPA legislation, MPs and human rights activists had repeatedly warned of chances that the extreme conditions, not conducive to modern democracy, could be abused. For the last six and half decades, the country has seen those warnings come true. Fake encounter killings, kidnappings of civilians and terminology like 'disappearances' and 'half-widows' were also added to the list of state terrorism. The Extrajudicial Execution Victim Families Association (EEVFAM), a Manipur-based association of families of victims of extrajudicial executions, has filed a petition in the Supreme Court, mentioning the case of 1,528 people killed by soldiers. A commission of inquiry appointed by the Supreme Court found that none of the victims had a criminal record. This is just a tiny indication of the terror of AFSPA. Also Read:AFSPA is removed from parts of Nagaland, Assam, and Manipur

In effect, the AFSPA is an anti-people weapon that the government has donned to impose excess power and override the laws of justice. It is reassuring that many areas in Nagaland, Manipur and Assam have now been from its jurisdiction. Other places, including the Kashmir region, should be exempted from this law. Justice for the people will come only when the law is repealed, not partially but completely. Problem-solving requires democratic dialogue and communications involving locals. The lives and other rights of citizens must be protected at the same time when national security is ensured. Appointing a Judicial Commission to look into the complaints so far will also help restore public confidence. In any case, there should not be an undesirable situation where governments talk to its own people using military force. It is hoped that the government will repeal the AFSPA law itself.