Law and justice that getting upended 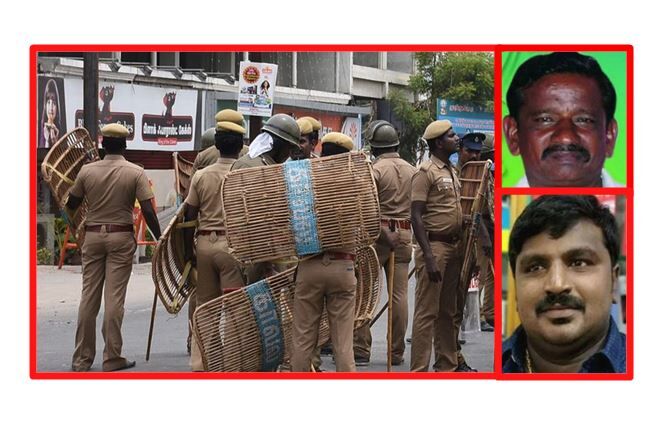 The fault of the father and son in Thoothukudi in Tamil Nadu was that according to lockdown rules they were late by 15 minutes to close their shop. The price they had to pay for it was their very lives, and that after being subjected to brutal torture in police custody. Timber merchant Jayaraj and his son Bennicks have thus found a place in the long list of custody murders in the country. But the police version is that after being remanded to judicial custody, both fell sick and died at the hospital.

The statements about the ruthless beating they suffered tell another story. Madras High Court has ordered a magisterial enquiry into the incident. Of course, the routine actions of suspension for the police staff and compensation for the family of the victims are taking place as usual. But custodial deaths and other iniquities have made the country's justice delivery system a mockery - not limited to a single incident or to a particular state. And in the still unceasing series of mob killings, honour killings and dowry deaths, the law and order machinery and justice system do have an undeniable role.

Another incident in Tamil Nadu itself went like this: Irate over his daughter marrying a Dalit youth, Chinnaswamy, from the Thevar caste commissions a hit gang to kill her and her husband. In the assault, a Dalit man Sankar gets killed and Kausalya, his wife and Chinnaswamy's daughter escapes with serious wounds. The whole attack was captured in a surveillance camera, and Kausalya who escaped, also gave a statement against her parents. The court which tried that murder of 2016 sentenced Chinnaswami and five other accused to death penalty, based on evidence.

But now, Madras High Court has annulled that judgement: the death sentence of the five 'quotation' murderers was commuted to life imprisonment. And Chinnaswamy who sent them for the act has been acquitted for want of proof. Although the jury is still out on whether the fault here lies with the prosecution or the court's evaluation of the proof, the net result is clear: the crime of masterminding a murder of a Dalilt youth in the name of caste hate, goes unpunished. But the phenomenon of culprits going scot-free with the collusion of the system, is not limited to Tamil Nadu either.

Reports indicate that in the cases related to racial attacks in Delhi, the probe and cases have been going on in a purely partisan manner. Attackers have been totally exempted from the scope of the probe, proofs have been ignored and the victims turned into accused. Thus the series of incidents of the anti-CAA protests being resisted with violence, turn upside down through the police enquiry. People who publicly made calls for violence find no mention in the charge sheet.

In another incident, Devinder Singh, DSP in Jammu & Kashmir, who had been caught together with terrorists was let out of law's ambit through a loop-hole. In fact Jammu & Kashmir police themselves had revealed that Devinder Singh's plan was to take terrorists to Delhi for an operation along the lines of the 2001 parliament attack. The reason why he got bail was said to be the delay in filing the charge sheet. Our law and justice system has been rendered ineffective through several tricks like delaying charge-sheet, changing and alternating accused and defendant at the whim of police and giving sufficient time and opportunity for culprits to influence witnesses.

It is a basic principle of justice that even if a thousand guilty are let free, not a single innocent should sbe punished. As per trends in India, the guilty not only escape but the innocent gets punished too. In Delhi, it is not only those who participated in the anti-CAA strikes, but even one who served them food like DS Bindra who are hounded. The charge sheet includes even one who had rendered humanitarian service including in handling the Covid crisis, Dr Anvar of Al-Hind Hospital. When those who assaulted the students and those who unleashed an orgy of violence in the campus are exonerated, students who made peaceful protests get listed in the charge-sheet; they are made to bide their time in custody without bail.

As it happened in the incident in Thoothukudi, law is turned into a silent spectator when non-bailable offences are deliberately inserted in the chargesheet. And if one approaches the National Human rights Commission with a complaint, it would look as though it is a subsidiary of the police. The police, human rights body and sometimes even the judiciary forget their mission. Public activists and journalists who highlight this – Supriya Sharma, Siddharth Varadarajan, Vinod Dua, Varavara Rao and Harsh Mander being immediate instances – are chased. The truth is that the victim here is the country itself, not a few individuals in it.