text_fields
bookmark_border
Whoever rules the country, it is well-advised to follow a foreign policy that is free, is line with national interests and at the same time stops short of putting excessive faith in any big power or earning the enmity of any beyond a limit. As India celebrated its 75th year of independence, the Taliban was occupying the capital city of Kabul in Afghanistan. The fall of Kabul happened as the US was warning that the Taliban would take three months to wholly occupy Afghanistan. Hence, countries including India were unable to evacuate their citizens within the time-frame. Our country is in a state of hysteria of its own making. Thus far, we have been able to evacuate 120 citizens including officials from the Indian embassy. That too at the end of effort lasting several hours. Only with the intervention of America would something have happened. Of the remaining Indians, 41 are Keralites. State chief minister Pinarayi Vijayan has demanded the Centre to adopt means to bring them back. Though Kabul is in a state of chaos and insecurity, the fact that there is no disruption of peace is consoling indeed. As a matter of fact, the US cannot absolve itself of the responsibility of the Taliban's re-capture of the country. 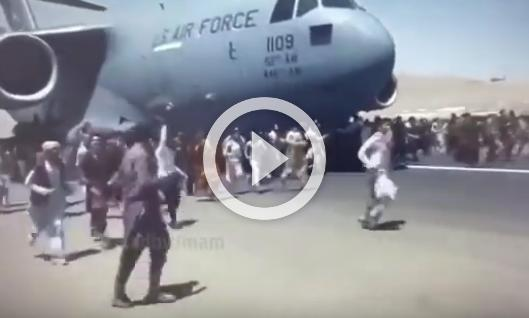 Talks between US and Taliban representatives in Doha, the capital of Qatar, began much earlier this year to pave the way for the withdrawal of U.S. troops. Former President Donald Trump and his successor, Joe Biden, were well aware that the Taliban would take full control of the country once their troops left Afghanistan. Even the exact date of the final withdrawal was determined. It also confirms the Doha bilateral agreement that has just been released. The United States, then, had a primary obligation to provide timely information to countries such as India, which fully trusted the United States and generously sent technicians, officials, and personnel to rebuild Afghanistan. It is clear from the gravity of the current crisis that they have not fulfilled that. This is not the first such betrayal on the part of American imperialism. It happened when the United States fled Vietnam. What's more, the world as a whole had to watch as Saddam Hussein's Iraq got betrayed. The United States is a country that claimed Iraq had collected weapons of mass destruction, and misled even the UN on that score, and with the support of allies and tying up with British prime minister Tony Blair, invaded and destroyed Iraq. However, where were the weapons of mass destruction now after Baghdad, Basra and other cities were reduced to ashes and Saddam was hanged? The British-American media had to confess that they were wrong when it became clear that George W. Bush and Tony Blair were lying and crushing Israel's main enemy. Iraq, on the other hand, remains insecure for decades. A repetition of the same history could now be seen in Kabul. Twenty years ago, the United States captured the country by sending troops to Afghanistan, where Osama bin Laden was absconding, on the pretext that he was responsible for the September 11, 2001 attacks on the World Trade Center. Ten years have passed since bin Laden was captured by the US military on May 2, 2011 in Abbottabad, Pakistan. Either way, there could have been a military withdrawal from Afghanistan once the target had been achieved. If the decision was made to end the Taliban threat and withdraw, the army should have withdrawn only after achieving that goal. India has invested more than $ 2 billion in Afghanistan, underestimating the insurgency, despite asserting that it has strengthened the Kabul government and military in Kabul, but believing that its advisers will remain in the country. Moreover, India has been instrumental in making the country a member of the South Indian Association for Regional Cooperation (SAARC). India has rebuilt roads, bridges, dams and other infrastructure and built the Parliament House at a cost of Rs 970 crore. It was inaugurated by Prime Minister Narendra Modi. Even now, Indian officials and workers had to depart for their lives with such development work unfinished. To sum it up, the time has come to subject the country's foreign policy and diplomacy to a thorough revisiting. When it turns out that the major players in a Taliban-controlled Afghanistan will be China and Pakistan, which see India as protagonist, our sense of missing out may get compounded. Whoever rules the country, it is well-advised to follow a foreign policy that is free, is in line with national interests and at the same time stops short of putting excessive faith in any big power or earning the enmity of any beyond a limit. As of now, all that can be said that the position shown by India of not expressing any opinions on the Afghan developments so far and of carefully watching unfolding events is a prudent and guarded one.