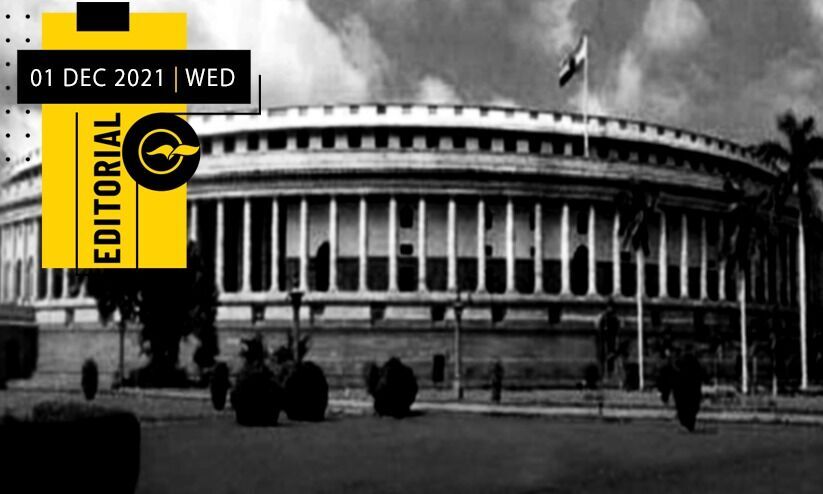 A year after all the tactics used by the Narendra Modi government to quell and crush the farmers' protests failed, the Lok Sabha and the Rajya Sabha passed a bill to repeal the three controversial laws, which were signed by the President and passed by both the Houses in a single day. There is no doubt that it is indeed an unprecedented and astounding victory of the farmers. The interests of the farmers, who feed the entire country, and people as a whole, were sidelined to satisfy corporate interests. The vast majority in the Parliament was exploited to pass the laws titled Farmers' Produce Trade and Commerce (Promotion and Facilitation) Bill, 2020; Farmers (Empowerment and Protection) Agreement on Price Assurance and Farm Services Bill, 2020; and Essential Commodities (Amendment) Bill 2020. The Lok Sabha passed the bill, which repeals all three laws, at once in just four minutes and the Rajya Sabha in five minutes. With the Assembly elections in UP, Uttarakhand, Punjab, and Goa set to take place next year, it is clear that the Modi government has succumbed to the realization that a strong agitation and protest by millions of farmers, regardless of caste, creed or political affiliation, will bring the saffron army to its knees. The government and its constituent parties have been arguing that the new laws were passed for the benefit of the farmers and the development of the country. There is no doubt that repealed laws will be revived if they get the chance. This is because neither this government nor the parties that form it believe in democracy. The laws were passed without giving the Opposition an opportunity for discussion. The bill repealing the three was also passed in the same manner. It was known that the Opposition would raise the other important demands of the protests besides the repeal of the three laws, such as adequate assurance in fixing a minimum support price, in both the Houses. Questions would have been raised on the 700 farmers who died during the protests. It would also have been debated that there is no way the investigation against Ashish Mishra, who ran over protesting farmers with his car at Lakhimpur Kheri, would be conducted impartially and fairly while his father continues in the Union cabinet. Passing the repeal bill without giving the Opposition a chance to negotiate is the only way the government has found to escape from this. The day before the Parliament session, the ruling party had assured that there would be ample opportunity for discussion in the regular all-party session. Those who came to power utilising every possibility and loophole of the democracy are seen slaughtering the same democracy, which is the cornerstone of the constitution.

This session of the Parliament witnessed another more serious event as well. Speaker Venkaiah Naidu announced the suspension of 12 MPs for protesting to withdraw the farm laws when the insurance bill was being debated in the last monsoon session. Those including CPM's Elamaram Kareem and CPI's Binoy Vishwam from Kerala have been suspended till the end of the winter session. Naidu ruthlessly rejected the Opposition's demand that the action be withdrawn. The chairman's justification was that the suspended members had not apologized for their actions. The action of the ruling party is in complete disregard of the fact that they have often stalled the proceedings of the House. They may be aiming for two things with this action. One is to expel those at the forefront of the debate and to complete the proceedings mechanically. Second, to intimidate and silence members within. It remains to be seen what the opposition parties will decide when they convene to discuss and decide on the issue. No matter how tough the decision, the Opposition's struggle is unlikely to succeed as long as neither the will of the people nor democracy is a weakness for the Modi faction, which has a large majority inside and outside the NDA. The rifts within the Opposition itself are benefiting the ruling party. After all, the strength of the popular movement is enough to bring any democracy to its knees. This truth is the lesson of the victorious farmers' protests.