text_fields
bookmark_border
China charges that Pelosi's visit has created a situation similar to the provocation the US made in 1995 by issuing visa to former Taiwan President Lee Teng-hui. At that time, China made the region tremble for months through a series of missile tests before eventually withdrawing. 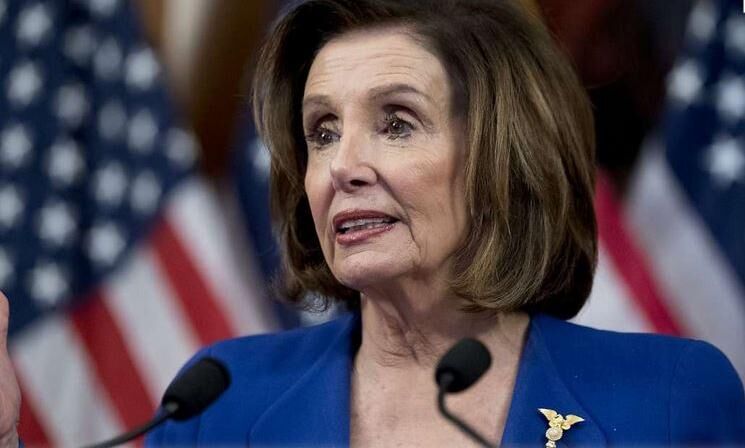 US House of Representatives Speaker Nancy Pelosi's visit to Taiwan has created a war-like situation in the region. China has been treating Taiwan as its colony without granting it full freedom and identity. Therefore, Beijing sees any 'incursion' of America into that land as a war-triggering aggression. When the report emerged of Pelosi's arrival in the capital Taipei Songshan Airport on Tuesday night at 10.30 pm local time, along with five Congress members, China has circled Taiwan from all four sides with the biggest military preparedness of recent times. China has also initiated military exercise around Taiwan with missiles and armament. The eastern Zone Commander of China's People's Liberation Army has made it clear that this is against the entirely negative attitude of America on the issue of Taiwan and a warning to Taiwan itself which seeks independence from China. China's charge is that through Pelosi's visit, the US has created a situation similar to the provocation the US made in 1995 by issuing a visa to former Taiwan President Lee Teng-hui. At that time, China made the region tremble for months through a series of missile tests before eventually withdrawing. Even this time, China is in a determination to keep Taiwan's borders closed until Sunday and thus make a retaliation against America. Clearly anticipating this, the US had even befoe Pelosi's flight landed in Taipei, deployed a fleet of four warships including aircraft carriers in eastern Pacific. All these developments have engendered a fear whether the region is going to have an atmosphere of war. When Japan surrendered to the allied forces in World War II, Taiwan escaped from the 50-year long Japanese occupation, and came under Chinese rule. And the faction of the Republic of China (ROC), which had lost the internal civil war to the Chinese Communist Party, had to be confined to Taiwan. Ever since then, China has never been ready to grant full independence to Taiwan. While China came under the one-party dictatorship of the Chinese Communist Party, Taiwan introduced multi-party democracy. Though Taiwan became the economic miracle that it is today since the 1960s, it still could not achieve liberation from Communist domination. Even today, China hasTaiwan in its grip, as it has Hong Kong. Currently, it is not easy for other world nations to establish direct diplomatic relations with Taiwan. Of the 193 member countries of the United Nations, only 13 have formal diplomatic relations with Taiwan. Other countries conduct business with Taipei through representative offices as alternative to missions at ambassadorial and consular level. Any attempt by any country for relations above this level, will invoke a belligerent situation. And that is what has happened through the visit by Pelosi. If any one asks why the US House Speaker set out for this adventure, Pelosi's reply is that it is to support the restoration of Taiwan's full independence and democratic rights. Prior to her departure for Taipei, in an article in 'Washington Post' Pelosi had stated that in 1979, the then US President Jimmy Carter had signed a diplomatic and commercial relations agreement with Taiwan, and her current visit is to explore the same bilateral relations that the US had sought right at that time. The US and Taiwan share the same principles in matters of self-determination, democracy, independence, human dignity and human rights. Both are highly efficient in governance. Taiwan was far advanced in preventing Covid and in areas of environment and climate. Pelosi praised them for their technology that is the envy of the world and for their entrepreneurial strength. She complained that China is not prepared to let Taiwan live peacefully. She accuses that the military movements around Taiwan islands are apparently aimed at annexing to China one of the world's most free countries. It is in this context that the US Speaker flies to the country that wants to capture the sovereignty that China is denying it. But this is not the first time that Pelosi is taking aim at China. Thirty years ago, when the Chinese Communist regime had cracked down on the student protest with a massacre at Tiananmen square, she had gone there and raised a banner in memory of 'those who died for democracy in China'. And this time, Pelosi is voicing her ire against China's new autocrat Xi Jinping's brutal suppression of the democratic stir in Hong Kong and the arrest of the Catholic Cardinal Joseph Zen there. Thus it is after putting China under utmost provocation that she boarded the plane to Taiwan. In Taiwan, even as the 'unconventional woman' Tsai Ing-wen's government and its followers welcome Pelosi's visit, there is a sizeable population opposing it as well. Their disapproval springs from the fear that whoever arrives and scratches the wound, the anger of China will fall on them. And it is not without basis: the moment the visit was confirmed, China hiked the tariff of Taiwan's merchandise. In addition to overt military deployment, it made a cyber attack by hacking the President's website. Further, the US provocation became a good excuse for the Xi regime to escape from the flaws in handling Covid, the crisis that arose due to the harsh lockdown, and increased debt burden. The fact that the US swears in one moment that it would not go back from the already conceded claim of one China stated in the Taiwan Act 43 years ago, and in the same breath declares endorsement for Taiwan's democratic current, will only aggravate the enmity of China. America is said to be particular that the tragedy of Russia's incursion into Georgia should not be repeated in Taiwan. The US sees it as its mission to export democracy wherever it wants, while at the same time, it will crush democracy for the dictators that it needs. As for Communist totalitarian regimes which do not swallow democracy down its throat of tactical policies, they will not brook any external interference within their jurisdiction. In this opportunistic power tussle, the victims are always the poor occupied countries - like Georgia, and like Taiwan.