Nobel Prize for Physics - and Kerala in perspective

text_fields
bookmark_border
Unfortunately, many governments and monopoly corporations refuse to heed the decades-old warning about global warming and climate change as a result of human greed 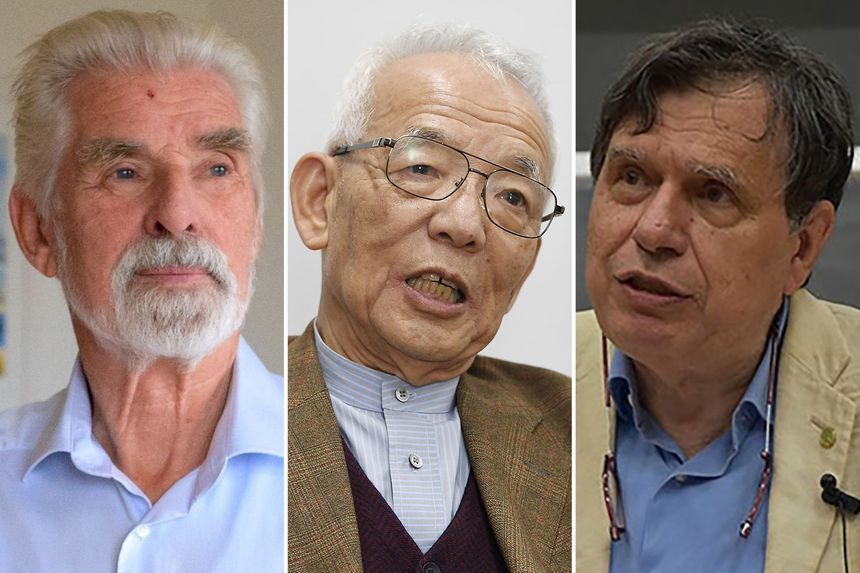 The scientific community was surprised to hear the announcement of this year's Nobel Prize in Physics. For the first time in history, the Nobel Prize for Physics has been awarded for a critical research on climate. Sukiro Manabe, who in 1967 first explained to the world the impact of carbon dioxide and water vapour on global warming is one of the award winners. The second person to share the Prize is Klaus Hasselmann, who proved through oceanographic research that the human hand plays a crucial role in climate change. Another recipient of the award is Giorgio Parisi, who observed that Giorgio Parisi has been awarded the other half for "the discovery of the interplay of disorder and fluctuations in physical systems from atomic to planetary scales". The research of the Nobel laureates will be very helpful in making weather forecasts more accurate and in explaining the causes of climate change on the basis of physics. This award will help to create significant growth and inspiration in climate studies. But with the announcement of the award, physics also acknowledges that climate change is the most serious crisis facing the world.

Is global warming driven by human hands or is it just a result of natural repetitive processes? In the ongoing debate in scientific and non-scientific fields, physics too is leaning towards environmental, climate scientists. The award committee described the award of this year in energy technology as a recognition for its explosive contribution to our understanding of complex natural systems. One of the main explosions that these award winners have created in our minds is that human intervention plays a crucial role in our climate change. Manabe and Hasselmann have been teaching the world that the greenhouse effect plays an important role in influencing seasons and increasing atmospheric temperature. Manabe, who is now over 90, has been teaching this for over five decades and Hasselmann for over two decades. Their research paved the way for the development of computer models that would make it easier to understand complex and unpredictable weather phenomena and to determine changes in them. However, the lifelong research of Manabe and Hasselmann not only helped to make the weather forecast more accurate but also to identify human fingerprints in the changes in our atmosphere. That is why the Nobel Prize in Physics delights all human beings who are concerned about global warming and feel its heat, more than it does the scientific community. It is for this reason that they consider this award to be more rewarding than the 2007 Nobel Peace Prize awarded to the IPCC (Intergovernmental Panel on Climate Change) under the auspices of the United Nations, recognising its efforts to raise awareness in the fight against climate change. Unfortunately, many governments and monopoly corporations are refusing to heed the decades-old warnings that global warming and climate change are the results of human greed. Also Read:Human living on earth is in danger: UN report on global warming

For governments and development planners, these are often the conspiracies of environmental fundamentalists, or just natural phenomena that occur in nature. Their questions such as whether the floods and droughts of centuries ago were due to the influence of greenhouse gases relying on limited logic are borne out of this conspiracy theory. From the presidents of the United States to the 'development enthusiasts' of our state, all have scoffed at the warnings of oncoming catastrophe at the door and instead presented economic figures of unrestricted production in line with corporate interests. The lesson from the ongoing natural disasters is that climate change is not a fantasy but an objective reality and that human selfishness lies behind it is also underlined by a new study by the IPCC. Kerala, which is close to the sea, is one of the major regions experiencing the intensity of global warming. Temperature fluctuations in the Indian Ocean have disrupted our seasons, creating both floods and droughts. Two-thirds of the coastal area is subject to severe coastal erosion. Untimely heavy rains and hot summers have made our agricultural calendars irrelevant. Keralites are turning into a population where not only pepper but even seedlings are becoming things of the past. Thu the Nobel Prize in Physics is also a warning to Kerala, which is still reluctant to wake up to environmental politics.