The continuing agenda of racial hatred - even during the pandemic

text_fields
bookmark_border
Apart from the propensity to instigate and practise communal hatred on the back of parliamentary majority, the BJP as a party does not have any administrative strategy about the whole exercise, as demonstrated by this delay in formulating CAA rules 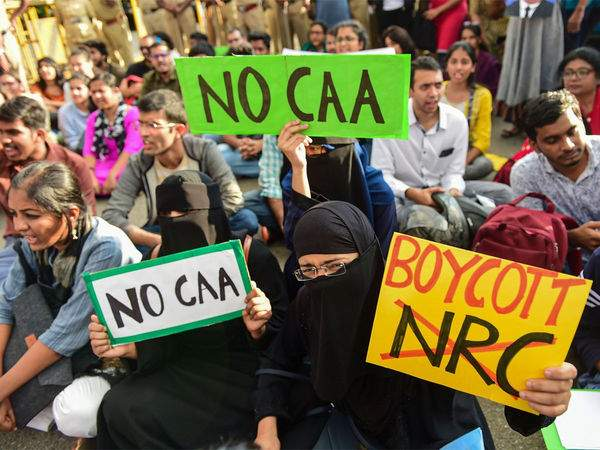 Photo only for representation

Many regimes around the world proceed undeterred to make the Covid situation an opportunity to further their autocratic interests, by muzzling all protests. Some countries like South Korea, Germany and Austria are engaged in attempts to save the citizenry from the Covid crisis as fast as possible. But regimes in certain others, armed with power gained through huge majority, and for whom the pandemic crisis is just another golden opportunity to implement their agenda, are busy moving their pieces in the chessboard. A case in point is Hungary: when the shock of Covid was barely over, Prime Minister Viktor Orban used his brute majority in the parliament to extend his term of office indefinitely. The Cambodian government slapped unrestricted surveillance over the country's citizens. In countries ruled by the far right extremist outfits, what happens under the cover of Covid are frantic moves to push through arbitrary racist legislation and to implement them. The most recent example of this is the BJP government's moves to implement the citizenship law through stealth.

Although Union Home Minister Amit Shah is given to making intermittent statements that the Citizenship Amendment Act (CAA) will be implemented, the government has not so far issued the rules and procedures about this. It is in the meantime that the Centre has released a gazette notification authorising district authorities in five north Indian states to grant citizenship to non-Muslim migrants. The notification issued on the night of May 28, based on the Citizenship Act of 1955 and the notification issued on it in 2009, gives collectors in these districts the powers to give citizenship to non-Muslim migrants from the Hindu, Sikh, Buddhist, Jain, Parsi and Christian religions coming from neighbouring countries of Afghanistan, Bangladesh and Pakistan. Such powers have been conferred on the home secretary of the states of Gujarat, Chhattisgarh, Rajasthan, Punjab and Haryana or the district collectors of 13 districts. The directive is to receive application for citizenship from those who have entered India and fall in these categories, then register such applicants as are 'found suitable' and issue them citizenship document; the officers should then inform the central Ministry of Home Affairs of the same online. When the BJP took office, it had vowed to amend the citizenship law and implement it, with patently prejudiced racist motives. And the party, with its augmented majority for its second term, was able to get the law passed to this effect. It is almost a year and a half since parliament passed the CAA on December 9, 2019. However, the Centre has not so far been able to formulate the rules for putting the law into effect. The precedent is to formulate and issue rules in line with a new legislation within six months of its passing. If that is not possible, the government has to secure extension from the parliament every three months. Thus, it obtained approval for deferment three times, the third time being on May 12. Despite three extensions, the government has not been able to frame rules under the Act so far.

The explanation of the Ministry's spokesperson is that the delay is due the complex nature of the subject. The CAA was subject of vociferous protests across the country. The streets that were up in arms with such resistance were in fact forced to withdraw from the strikes with the advent of the pandemic. But at the same time, the government did not retract from its position. During the election campaign in states of Assam and West Bengal, Home Minister Amit Shah had declared that the CAA would be implemented as soon as the preventive drive against Covid is completed through nationwide vaccination. However, since there was stiff resistance against the citizenship law in Assam, the BJP did not venture to play up that issue there. And now, they are taking out the matter from the shelf, although the rules of the Act have not been framed. The fact is that apart from the propensity to instigate and practise communal hatred on the back of parliamentary majority, the BJP as a party does not have any administrative strategy about the whole exercise, as has been amply demonstrated by this inordinate delay in formulating rules. But that said, can the sangh parivar sit quiet on an uncontrolled surge of hatred for the other? That is the reason why the Centre is attempting to proceed with citizenship granting measures by using the same Citizenship Rules used in 2018, before framing rules for the 2019 enactment. Hard time indeed when racial discrimination still rules as the main agenda even when the pandemic is looming as a threat before the whole country?