text_fields
bookmark_border
The recurring cruel incidents show that the paralysis of government and the judicial machinery giving impunity to the offenders and dishonour to victims/survivors, let the criminals have a field day 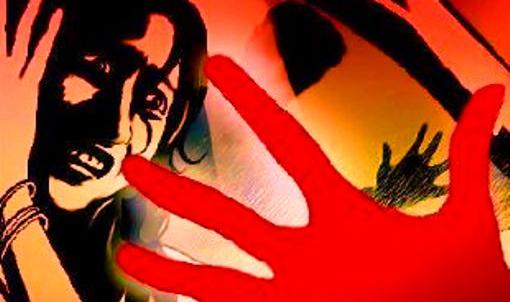 "Please give me justice... please give me justice. First, he molested me, and now he has shot my father. He had come to our village. There were six-seven people. My father had no enmity against anyone. His name is Gaurav Sharma, he is a dog...". says yet another young girl from Hathras. The father had lodged a complaint with the police against Gaurav Sharma for molesting his daughter in 2018. After a few days in jail, the accused was soon released. While attending a prayer service at a temple in Hathras on Tuesday, the father was shot and killed by the criminal and a gang. No one with a conscience can erase the image of her carrying the body of her father, who sacrificed his life trying to protect her honour, bursting into tears. However, this and other similar incidents have least affected those leading the Jungle Raj in UP. Yogi Adityanath, the Chief Minister and the poster boy of the Sangh Parivar, is more focused on the upcoming West Bengal election campaign, where he is going around criticising the Chief Minister Mamata Banerjee for not dealing with those who 'kill cows' and 'insult Rama'.

This is not the first time Hathras is screaming for help. It's been less than six months since the brutal rape of the 19-year-old Dalit girl by upper-caste Hindu men came to light last September. When she succumbed to her injuries two weeks later, the world was shocked to learn that her body had not been handed over to her family for burial but had been burned in a field by police officers, with the family taken hostage. Earlier last August, a 17year-old girl in Gorakhpur and a 13-year-old girl in Lakhimpur were raped and murdered. The body of a 13-year-old girl was found gang-raped and mutilated. On January 3, a 50-year-old Anganwadi worker was raped and killed by two men and the pujari while attending prayers at a temple in Ughayti, Badaun. When the survivor of Unnao complained, the criminals retaliated by following her family and killing them one by one. According to the NCRB statistics, UP tops the chart of violence against women with a share of 14.7 % and 59,583 cases registered in 2019. The state also has the most number of POCSO cases registered.

Even after the uproar across the country, the Yogi government, which keeps chanting women's protection mantras and slogans, does not feel it any important to protect people from this terrible rule of injustice. They instead give strength and support to the criminals and goons, taking the law into their hands. They are focused not on fighting injustice but on ensuring that the information does not leak out. Last September's violence against the Dalit girl is prime evidence of how the UP police hush up matters in collusion with those who take the law into their hands. The subsequent heinous acts of UP police made the scale of the violence far worse. The CBI, which took over the case, pointed fingers at the state police in their charge sheet. The survivor's testimony wasn't recorded in time - it was delayed by five days and the medical examination by a further week. The CBI points out this has led to a crucial loss of evidence.

Such recurring cruel incidents show that the paralysis of government and the judicial machinery giving impunity to the offenders and dishonour to victims/survivors, let the criminals have a field day. Even in the new incidents, the government is more interested in the character-assassination and arrest of those who are demanding justice and solutions. Until the Yogi government and those in power realise that the actual problem is the brutalities that lead the state to misfortune where being born a woman is considered a sin, UP will continue being known for what it is now infamous for.