When will the sea of sorrows calm?

text_fields
bookmark_border
In a world where human rights are in jeopardy, awareness needs to be created among the people that every individual is on the brink of danger. While the ocean of misery and suffering cannot be calmed, it is certainly possible to wipe the tears that form them. The 33rd Annual Report of Human Rights Watch that has been released records that for human rights the past year has been a year in which dignity and pride were snatched away, justice was denied, including to women and children, war was inflicted by dictatorial and arrogant rulers, domestic and sexual violence has not stopped, doors have been slammed in front of refugees, and the climate is on the verge of disaster. The International Human Rights Organization has summed up the burning conditions in about 100 countries as a 'sea of human misery'. The information collected from different countries strongly underlines the finding that the governments that are responsible for protecting the lives, property and dignity of the people are the biggest violators of human rights. The report, which analysed in detail the atrocities and related human rights problems caused by the Russian government through the invasion of Ukraine that began on February 24 last year, described the attitudes and actions taken by various world countries against the invaders as raising hopes. It's just that even this hope becomes relative when the urgent voices and sanctions in support for Ukraine was not raised in solidarity with many other countries that were invaded and brutalized. 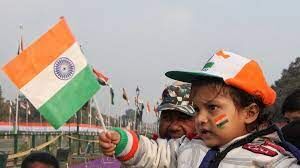 Human Rights Watch explains that racism and anti-poor mind-set are visible in many countries so much as to convince the world that the sermons delivered by the US and European countries about the protection of rights are hollow. The report quotes a man living in a temporary shelter in the UK as saying "I want to be able to live like a human again". The report also reveals the appalling civil rights violations faced by women and girls in Afghanistan, the brutal crackdown on youth activists in Iran, the heavy-handedness of Chinese dictatorship, and the hypocrisy of Pakistan, which speaks out against human rights abuses in Kashmir and remains silent on the atrocities committed by its Chinese cronies against Turkic Muslims, including the Uyghurs. This document reminds us that human rights are abysmal in India, which has been given poor rankings by the V-Dem and Freedom House reports on democracy and various indices of development and freedom of expression. The report highlights India's humanitarian efforts in neighboring countries like Afghanistan, Sri Lanka and Ukraine, which have faced economic and political crises. But it also cites that the country, takin sides with Russia, abstained from voting on the issue of Ukraine at the United Nations. In addition, the report shows how the government is making the lives of religious minorities stifling, how it suffocates the civil rights society, which is an integral part of a democratic state and how freedom of expression is being denied. There are scores of examples of human and civil rights cited regarding India, including release of the accused in the Bilkis Bano rape case, continual killing of Pandits in Kashmir, anti-conversion laws targeting Christian community, increasing crimes against Dalits, custodial deaths, incarceration of journalists and human rights activists, use of Pegasus spyware to spy on public servants, putting ' up for sale' more than 100 Muslim girls through Apps, implementation of 'bulldozer justice' against the property and shelter of Muslims making the judiciary and the justice system mere spectators. The list of the crimes is so long that we forget them after reading. The Indian government, which ignored even the Global Hunger Index as a conspiracy to tarnish the image of the country, may adopt a similar approach to this report too. However, in a world where human rights are in jeopardy, an awareness needs to be created among the people that every individual is on the brink of danger. While the ocean of misery and suffering cannot be calmed, it is certainly possible to wipe the tears that form that. What right do we have to call ourselves human beings as long as we cannot resist and at least shun in our minds the human rights violations happening before our eyes?