text_fields
bookmark_border
Since the vulnerabilities run deep into the minority societies of Bengal, the results of welfare programmes would take time to show results. 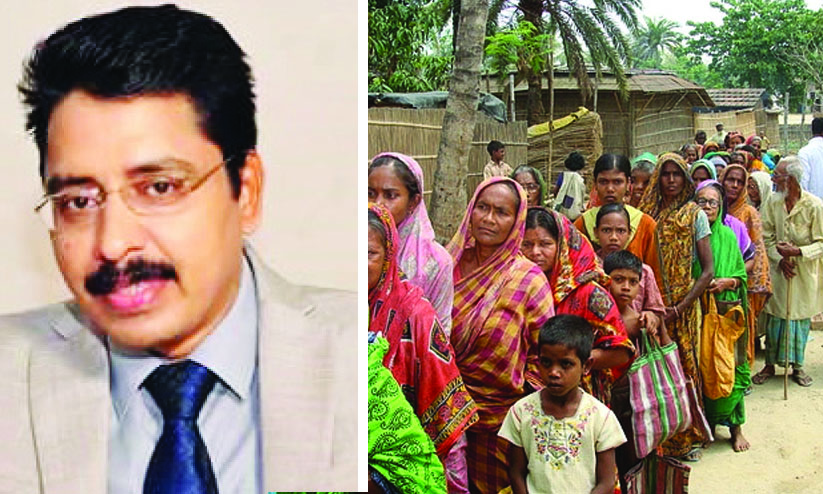 PB Salim IAS of Bengal cadre, who served in West Bengal Minorities Affairs Department -prior to and post- The Sachar Committee Report (SCR) talks to Madhyamam about the welfare schemes initiated post-SCR for the Muslim minorities in the state. Salim currently serves as OSD (Officer on Special Duty) under Bengal Chief Minister Mamata Banerjee.

The report submitted by Justice Rajinder Sachar Committee regarding the socio-economic status of the Muslim minorities in West Bengal was shocking. Did the report bring more changes in the approach to minorities and while invoking action plans to bring development within them?

Justice Rajinder Sachar Committees report was enlightening. Even those social activists who worked in Bengal regarding the welfare of minorities were not fully aware of the vulnerabilities. After the report came, both central and state governments made their move, implementing an 11 and a 15-point programme. In 2011, the newly elected government took the matter of minorities in their hands with utmost responsibility.

Initially, you were an IAS cadre in the Bengal cadre but then were working in Kerala while the Mamata Banerjee government came into power. How did you come back Bengal again?

The Centre started minority scholarships in 2008 following the Sachar Committee recommendations. Is it true that it had only 4 lakh beneficiaries in Bengal until 2011?

True. The scholarship requirements include more than 50 per cent marks in exams and an annual family income of below 2 lakhs. According to records in educational institutions in Bengal, there are about 50 lakh students from minority communities. Out of this, 40-42 lakhs will receive scholarships this year, bringing the tally of minority beneficiaries in the state to nearly 90 per cent. The West Bengal Minority Development and Finance Corporation (WBMDFC) also provides loans benefiting almost 1.25 lakh people. This makes Bengal the state which issued the highest number of this loan.

In addition to the Centre's scholarship and loans lent by WBMDFC, the state government implemented their own schemes. One of the innovative schemes was English medium Madrasas started in 2015, which is not heard of in any other state in India. Various corporations under Minority Affairs Department, Urdu Academy, Waqf Board etc., lend financial aid to the scheme. The state government formed the Aliah University in which more than 7,000 students are studying under various disciplines including engineering, nursing, MBA and journalism.

In Bengal, the budget allocation for Minority Affairs department was 470 crores in 2011, which grew to 4,500 crores in the 2020 budget. Rs 4,000 crores is sufficient for the Minority department. There was an enormous increase in budget allocation for schemes for the scheduled caste, scheduled tribe and other backward castes. In addition to that, without decreasing the shares of other reserved categories, 10 per cent reservation was implemented for economically backward Muslims. Ninety per cent of Bengali Muslims will receive this reservation since most of them belong to backward sections. Muslim reservation was implemented within a year after the new government came to power in 2011. Such a level of developmental schemes is empowering the Bengali Muslims.

Isn't the Waqf Board's fund also included in the budget allocation for minorities?

The Waqf board has only a 15-crore scheme. Other public development and welfare schemes implemented in the minority-dominated districts and others have brought significant changes.

Are the results of these welfare activities visible in the Bengals' minority society?

Since the vulnerabilities run deep into the minority societies of Bengal, the results of welfare programmes would take time to reveal themselves. A society should have the capacity to receive any kind of help or support it gets, and when it evolves to that capacity, results become visible. I learned that out of my experience.

Are you saying that Muslims in Bengal are less concerned about their empowerment?

I should admit that it is, kind of, true.

What is stopping them? What are the circumstances that made them passive? As someone who witnessed Muslims in Kerala who empowered themselves without much support, what do you think is happening with Bengali Muslims?

There are three things, I think. The first thing is the India-Pak partition. After that, those wealthy and learned Muslims left for Bangladesh, which was East Pakistan then. Ninety per cent of Bengali Muslims who stayed back were those who didn't even have money for a journey to go there. And the remaining 10 per cent were wealthy and educated but were against partition and remained in India out of their patriotism.

The second thing is, 95 per cent of Bengali Muslims are SC/ST, backward caste converts to Islam. They used to be underprivileged before conversion and continue to be.

The third thing is the fissure separating Urdu speakers and Bengali speakers. Urdu speakers have this superiority notion irrespective of those in India or Bangladesh, and even though they are a numerical minority, they have superior influence. They never have marital relations with Bengali Muslims. It is not caste but language-based.

Another thing is that there was no effort to empower backward communities before 2011. However, the Left government who ruled the state until then took care to avoid any communal conflicts because they were aware that a communal polarisation could unhinge their existence in the state.

Was it after 2011 that the approach to minorities changed?

The changes that we see now happened after that. Several individuals and organisations have recently started arriving from Kerala in Bengal and initiating various socio-educational activities in several backward regions.

What are the ensuing results?

It does not meet Bengal's entire requirement. But it is helping, and there are more possibilities for such aid.