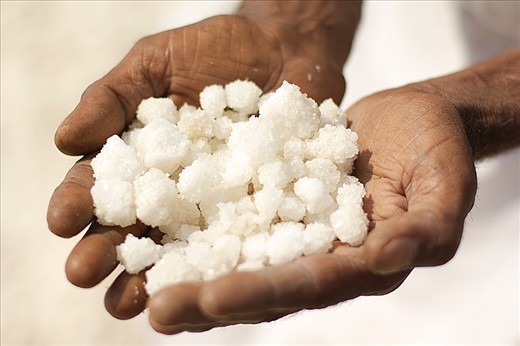 London: The next weapon to effectively fight cancer could be salt as researchers have found that an influx of salt into a cell triggers its death.

The finding could lead to new anti-cancer drugs, said the researchers who created a molecule that can cause cancer cells to self-destruct by carrying sodium and chloride ions into the cells.

"This work shows how chloride transporters can work with sodium channels in cell membranes to cause an influx of salt into a cell," said study co-author professor Philip Gale from the University of Southampton in Britain. "We found we can trigger cell death with salt," Gale added.

Cells in the human body work hard to maintain a stable concentration of ions inside their cell membranes. Disruption of this delicate balance can trigger cells to go through apoptosis, known as programmed cell death, a mechanism the body uses to rid itself of damaged or dangerous cells. Unfortunately, when a cell becomes cancerous, it changes the way it transports ions across its cell membrane in a way that blocks apoptosis.

The new synthetic ion transporter works by essentially surrounding the chloride ion in an organic blanket, allowing the ion to dissolve in the cell's membrane, which is composed largely of lipids, or fats. The researchers found that the chloride transporter tends to use the sodium channels that naturally occur in the cell's membrane, bringing sodium ions along for the ride.

"We have shown that this mechanism of chloride influx into the cell by a synthetic transporter does indeed trigger apoptosis," said co-author of the study Jonathan Sessler from the University of Texas at Austin.

The study appeared in the journal Nature Chemistry.