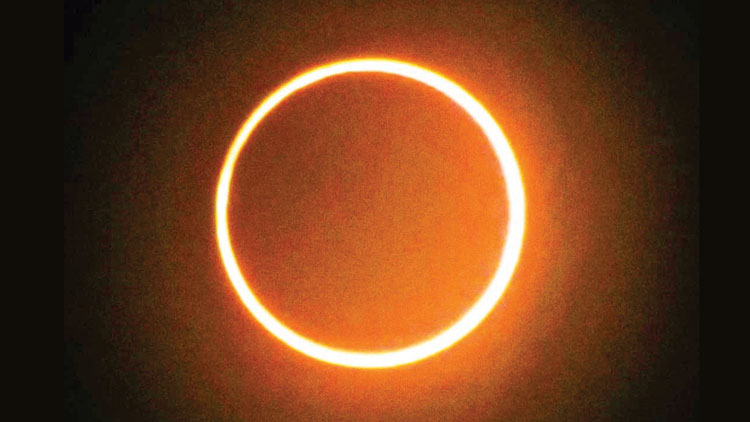 Washington: Millions of people in parts of Southeast Asia will witness a total solar eclipse that will last over a minute on March 9 this year, according to NASA.

Though only people along the narrow path of totality will see the total eclipse, millions more will see some degree of a partial solar eclipse in Asia and the Pacific, including Hawaii, Guam and parts of Alaska.

A partial eclipse will also be visible along the path of totality for over an hour before and after the total eclipse.

As the Moon passes precisely between the Sun and Earth — a relatively rare occurrence that happens only about once a year because of the fact that the Moon and the Sun do not orbit in the exact same plane — it will block the Sun’s bright face, showing the tenuous and comparatively faint solar atmosphere, the corona.

“You notice something off about the sunlight as you reach totality,” said Sarah Jaeggli, a space scientist at NASA’s Goddard Space Flight Centre in US.

“Your surroundings take on a twilight cast, even though it’s daytime and the sky is still blue,” Jaeggli said.

People along the path of totality — which is over 14,162 kilometres long, but only 156 kilometres wide at the widest point — will have the opportunity to see the solar corona only while the Sun’s face is totally covered by the Moon.

“You can see all the way down to the roots of the corona, where the atmosphere meets the Sun’s surface,” she said.

This means the Moon can block the entirety of the Sun’s face while obscuring only a tiny portion of the inner corona.