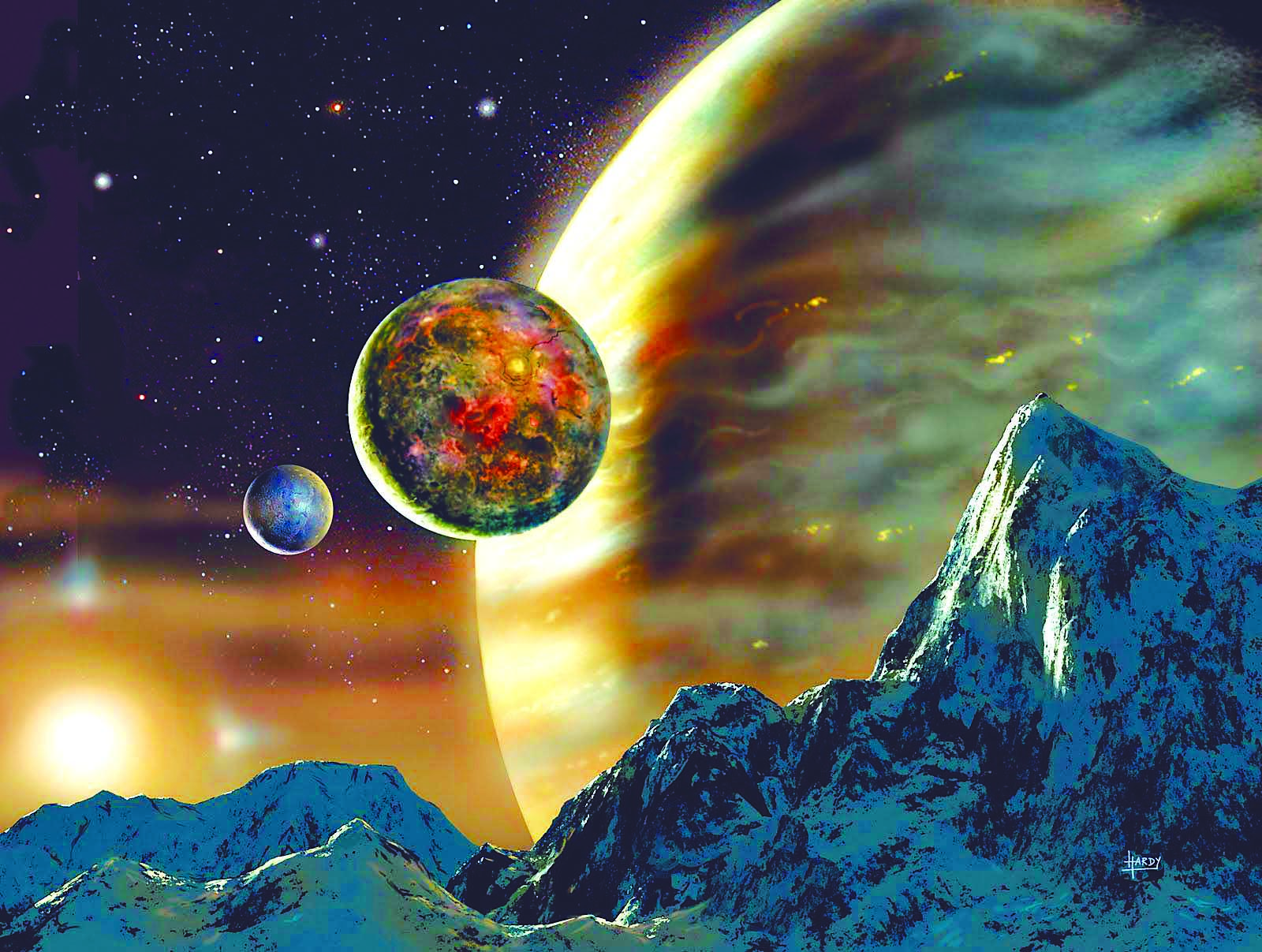 New York: The Earth formed relatively quickly from a cloud of dust and gas around the sun, trapping water and gases in the planet's mantle, according to a study.

Besides determining Earth's origins, the study led by a team from the University of California Davis could also help in identifying extrasolar systems that could support habitable planets.

Drawing on data from the depths of the Earth to deep space, Professor Sujoy Mukhopadhyay and postdoctoral researcher Curtis Williams used neon isotopes to show how this planet formed.

"We're trying to understand where and how the neon in Earth's mantle was acquired, which tells us how fast the planet formed and in what conditions," Williams said.

Neon is actually a stand-in for where gases such as carbon dioxide, nitrogen came from, Williams said.

Unlike these compounds that are essential for life, neon is an inert noble gas, and is not influenced by chemicals and biological processes.

"Neon keeps a memory of where it came from even after four and a half billion years," Mukhopadhyay said.

For the study, published in the journal Nature,A the team accurately measured the ratios of neon isotopes that were trapped in the Earth's mantle when the planet formed.A

Neon has three isotopes, neon-20, 21 and 22. All three are stable and non-radioactive, but neon-21 is formed by radioactive decay of uranium.

So the amounts of neon-20 and 22 in the Earth have been stable since the planet formed and will remain so forever, but neon-21 slowly accumulates over time. The three scenarios for Earth's formation are predicted to have different ratios of neon-20 to neon-22, the researchers noted.

The isotope ratios they found were well above those for the "irradiated particles" or "late accretion" models, Williams said, and support rapid early formation.

"This is a clear indication that there is nebular neon in the deep mantle," Williams said.

The results imply that to absorb these vital compounds, a planet must reach a certain size -- the size of Mars or a little larger -- before the solar nebula dissipates. Observations of other solar systems show that this takes about two to three million years, Williams said.