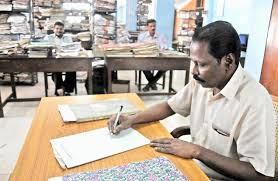 According to Dava Newman, Apollo Programme Professor of Astronautics at Massachusetts Institute of Technology (MIT) in Aeronautics and Astronautics, space exploration has three fundamental questions.

"Are we alone in the universe? Are there other habitable planets? Is their life? I think that in the next decade, you might find some definite answers to past life or current life in space," Newman, also a former NASA deputy administrator, told the audience at the AWS Public Sector summit here on Monday.

"The whole idea is to make sense of the humongous data that is available via NASA and other space agencies. This satellite data, hosted on AWS, is helping us understand how the ocean currents are changing, how the glaciers are melting. We can literally see through the clouds and map agricultural soil moisture, thanks to the satellite data," Newman emphasised.

Ground stations are facilities that use antennas to provide communications between the Earth and the satellite.

The research teams can use AWS Ground Station with other services such as Amazon S3 to store data, Amazon Kinesis Data Streams to search for real-time business insights, or Amazon Sage Maker to apply Machine Learning algorithms.

The Washington-based Earthrise Alliance is a philanthropic organization that converts Earth systems data into relevant and actionable knowledge to combat climate change.

"The time has come to democratize space data to serve the mankind. Investments in space activities have driven scientific and technological advances that have transformed our understanding of the changing climate on Earth," said former NASA Deputy Administrator Lori Garver, who is now the CEO of Earthrise Alliance.

"From the warming of Earth over the decades to the resulting melting of the Greenland ice shelf (which can correspond to a 6-metre rise in sea levels), the Earth's vital signs are real. We need to understand the Earth to save it," Garver added.

What can we all do to address real-life issues?

"Space imagery can help us better understand the environment and having access to data can drive change on Earth," Garver added.

Newman and Garver stressed the importance of tapping a broader community, leveraging public-private partnerships, and recruiting students to learn and become passionate about science and technology.

"We need artists, storytellers and journalists to spread the word too," Newman stressed.

To improve the understanding of our planet, the Group on Earth Observations (GEO) has announced 21 projects from 17 developing countries that will be awarded $1.5 million worth of Cloud services, grants and technical support through the Earth Observation Cloud Credits Programme.

"The Earth is breathing, the Earth is speaking, but are we listening?" asked Newman.

Not only this, Amazon is also building out its own network of telecommunications satellite in a project called Kuiper that would provide cheaper broadband Internet service in remote areas.

Founder of the aerospace company Blue Origin, Amazon Founder and CEO Jeff Bezos in May unveiled the first look of Blue Moon lander. In the near future, Bezos envisions creating enormous space colonies in close proximity to Earth.