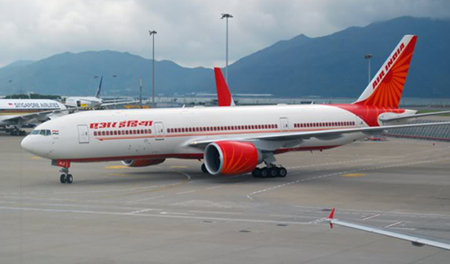 Co-developed by Xinhua and tech firm Sogou Inc, the image and voice of the AI anchor who presented the news wearing a pink dress and displayed human mannerisms during the course of the presentation was modelled after Qu Meng, a real-life Xinhua news anchor.

She is, however, not the only AI-powered anchor to occupy the newsroom. Xinhua earlier introduced two male robot anchors - Qiu Hao and Xin Xiaohao.

Xinhua is also not the only news organisation to have leveraged the power of AI to scale up its production.

More than 1,000 regional news titles now have access to stories jointly produced by journalists and artificial intelligence, as RADAR - the automated news service set up by PA (the Press Association) and Urbs Media - opened its trial to all of the UK's local newsrooms last year.

RADAR was set up to meet an increasing demand for fact-based news for local communities.

It uses bespoke technology and tools for journalists, with Natural Language Generation (NLG) software at its core. When fully launched, the service aims to create tens of thousands of localised stories a month from open data sets, said the British news agency.

The service received launch funding of $805,000 in 2017 from Google's Digital News Initiative (DNI).

In 2014, much before Xin Xiaomeng appeared on that one-minute video, the Associated Press (AP) announced in an advisory to customers that the majority of the US corporate earnings stories for its business news report would eventually be produced using automation technology.

Using the Wordsmith platform from US-based tech firm Automated Insights, AP could produce 15 times more quarterly earnings stories than what it was doing with manual efforts.

There is, in fact, now no dearth of tools that can automate content creation for news organisations.

HERO Sports says it powers content for some the world's largest media organisations including AP and Yahoo!.

According to a World Economic Forum report released in September 2018, 75 million global jobs will be displaced by AI, robotics, and automation, but 133 million new jobs may be created as organisations shift the balance between human workers and machines -- a net gain of 58 million.

As Chetan Dube, CEO of New York-headquartered AI company IPsoft told IANS in an interview: "Technology adoption drives business growth, new job creation and augmentation of existing jobs, provided it can fully leverage the talents of a motivated and agile workforce, equipped with futureproof skills to take advantage of new opportunities through continuous retraining and upskilling."