text_fields
bookmark_border
The last time Earth set the fresh record for shortest day was on July 19 of 2020. Back then, the planet finished the spin 1.47 milliseconds shorter than a typical 24-hour day. 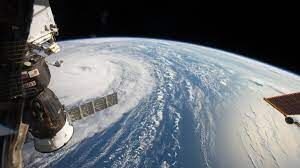 Few laymen must have not noticed that Earth was spinning faster than usual on July 29.

The planet finished its full spin in 1.59 milliseconds less than the standard 24-hour rotation, according to Independent.

The last time Earth set the fresh record for shortest day was on July 19 of 2020.

Back then, the planet finished the spin 1.47 milliseconds shorter than a typical 24-hour day.

The year also marked the shortest month ever recorded since 1960s.

It went on spinning at an increased rate in the following year without breaking any records.

Scientists are curious about the planet's throttling up happening in the recent times.

Interesting Engineering (IE) said that a 50-year phase of shorter days may be starting right now.

Scientists attribute the speeding to processes in the inner or outer layers of the core, oceans, tides and changes in climate.

At least some researchers link the change in earth's rotational speed to "Chandler wobble".

The movement is similar to the quiver a spinning top has as it starts gaining momentum or slowing down, according to scientists Leonid Zotov, Christian Bizouard, and Nikolay Sidorenkov.

If the Earth continues to spin at an increasing rate, it will cause negative leap seconds, to keep the rate at which the Earth orbits the Sun consistent with the measurement from atomic clocks, according to Independent.

Could this lead to any trouble for humans? The most the scientists could say at this point is that negative leap seconds could have potentially confusing consequences for smartphones, computers and communication systems.