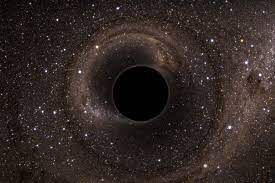 It is all mystery out there—yes in the universe. In a clearer sense, the universe continues elude our understanding, despite often giving us glimpses into realities.

In a most recent example, astronomers deny what they thought they had discovered a black hole. In truth, according to a report in the Guardian, they are mistaken.

They had found a two-star system involving a stellar "vampire", the report said.

Since 2020 the discovery of the system, known as HR 6819 in the constellation Telescopium, it was in discussion in scientific circles after scientists announced the existence of a black hole.

Sitting just 1,000 light years from Earth, the black hole was the closest yet for us.

Back then, scientists claimed that a black hole was 'necessary to make sense of the movement of two stars in the system'; that meant, a black hole and a star orbited each other, while the second star coursed in a wider orbit.

Researchers now say the black hole does not exist. According to Dietrich Baade, an emeritus astronomer at European Southern Observatory (ESO), just one blob of light was previously detected, containing the hallmarks of two stars, according to the report.

"Since we saw that only one of the stars was whirled around at high velocity by some massive object, which we didn't see, we assumed this unseen massive object to be a third body, namely a black hole," he said.

Other researchers who disputed the idea suggested that the system had two stars alone.

According to Dr Julia Bodensteiner, a co-author of the study, in science everybody is trying to solve open questions, and it is not about who was right and who was wrong.