India's Isro gets ready for threats from space debris

text_fields
bookmark_border
The facility inaugurated in Bengaluru will help manage the debris from increasing number of satellites, rockets and other space hardware being launched from around the world 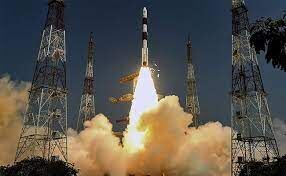 New Delhi: India's space organisation will fight out the threats its space assets are facing from increasing space debris in the Low Earth Orbit (LEO) by employing a facility called the System for Safe & Sustainable Operation, according to India Today.

The facility inaugurated in Bengaluru will help manage the debris from increasing number of satellites, rockets and other space hardware being launched from around the world.

The new facility reportedly will help the agency identify and monitor close approaches of operational spacecraft with suspicious motives and monitor their re-entry within the Indian region, the report further said.

As well as safeguarding Indian space assets, the IS4OM facility can reduce collision threats from space objects, thanks to its collision avoidance manoueuvres.

Isro chief S Somnath expanded on the importance of having tracking facility adding that detection and prevention of asteroid impacts are essential for human welfare.

The Indian space agency is an active member of international organisations including the Inter-Agency Space Debris Coordination Committee (IDAC), and IAF Space Debris Working Group, among others, contributing to the space debris studies and space situational awareness, according to the report.