Know how coronavirus stole your sense of smell 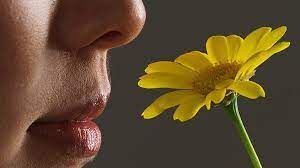 Coronavirus came roaring amid us, catching us unawares back in 2019. Scientists had only a vague idea about the virus and its impact on human body. In the early days, even symptoms were not fully defined, with infected ones complaining about differing issues; however the one complaint that predominantly stood across the world was anosmia—the loss of smell.

Millions suddenly lost the ability to take in the world through their nostrils. Food tasted cardboard and coffee smelt noxious as a report in New York Times said. What's happening at the tip of our noses? Or was there anything happening there at all? We began asking each other wanly looking the food in the plate, tasting bland. Now scientists are beginning to shed light into the darker aspects of corona virus, not least its impact on olfactory faculties.

The new study is based on researches carried out by teams from centres including Zuckerman Institute and Irving Medical Center at Columbia University in New York; the New York University Grossman School of Medicine, among others.

The study probed the question whether the coronavirus infects the nerve cells that detect odors: It does not. Wait, the virus doesn't spare supporting cells that line the nasal cavity, the study says.

The inflammation following the infection, as immune cells focusing on the infected region with the cells shed virus and die, destroys the smell receptors. These receptors are in truth proteins on the surface of the nerve cells in the nose that help communicate about odors.

The process alters the sophisticated organization of genes in those neurons, essentially short-circuiting them, the researchers reported. The study understands that virus impacts the cells that are essential to know the surrounding through smell. This is despite the fact that they are not directly infected, according to Dr Sandeep Robert Datta an associate professor of neurobiology at Harvard Medical School.

The takeaway from the study is virus was not invading neurons but the cells supporting olfactory system—leading to alter the functions of neurons nearby, according to the study. The end result is you are highly likely not to smell if you are infected with corona virus.