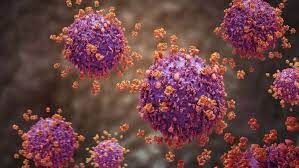 Denver: In a breakthrough, scientists in the US claim to have cured the first woman of HIV via a novel stem cell transplant method.

The patient, also the third person to have cured of the debilitating condition, is a woman of mixed race.

Unlike bone marrow cells, the umbilical cord stem cells do not require to be matched closely to the recipient.

According to Dr Koen van Besien, who is one of the doctors involved in the treatment, the procedure could benefit 50 patients a year in the US.

Researchers participating in the conference on Retroviruses and Opportunistic Infections in Denver gave some case details.

The woman patient was diagnosed with HIV in 2013 and subsequently four years later she was tested positive for leukemia.

Subjecting her to a procedure called haplo-cord transplant to treat her cancer, she was given cord blood from a partially unmatched donor.

As she underwent transplant, a close relative of hers gave her blood to boost her immune system.

Following the transplant in August 2017, the woman beat leukemia for more than four years.

Surprisingly, fourteen months since her doctors discontinued her HIV treatment, she has not faced any resurgence of virus.

One doctor who is not part of the team said that these stories of survival provide inspiration to the field.