text_fields
bookmark_border
In May 2020, a DNA test confirmed that George Peacock's blood was found in Louise's car. 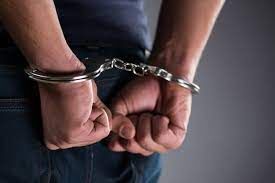 The Vermont State Police has solved a murder in Forensic Files-style. A murder that took place 30 years ago is now solved using a drop of blood that was collected at the time.

The murder of George (76) and Catherine (73) took place in 1989 and the couple was killed in their home, says the police department's website. Investigators struggled with the case because there were no signs of forced entry. Victims were stabbed to death.

Now, a drop of blood submitted to cutting-edge DNA testing has led to the arrest of a suspect named Anthony Louise, reported CNN. The 79-year-old suspect was detained on two counts of second-degree murder in the killings of George and Catherine Peacock on Thursday in Syracuse, New York. He is jailed in NYC and the extradition proceedings to Vermont are happening.

According to a police statement, Louise was married to the victims' daughter and he was named suspect two weeks after the crime. Investigators could not establish a conclusive link at the time. They could only develop circumstantial evidence.

In May 2020, a DNA test confirmed that George Peacock's blood was found in Louise's car. Back in the day, the DNA test came back with inconclusive results. As the technology improved, the test produced clearer results.