Sharapova in second round of Australian Open 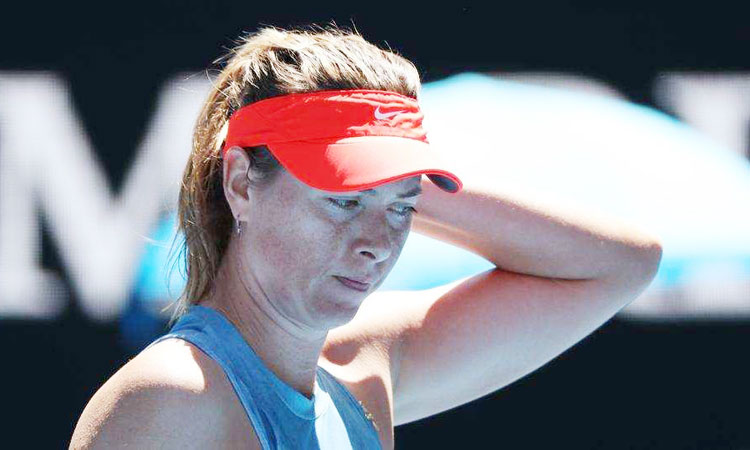 Melbourne: Maria Sharapova advanced to the second round of the Australian Open tennis tournament after defeating Germany's Tatjana Maria, 6-1, 6-4 at the Margaret Court Arena on Tuesday.

It was the Russian superstar's first time back at the tournament since 2016, when she tested positive for a banned substance called meldonium, reports Xinhua news agency.

Although Sharapova claimed it was used to treat a heart condition, the violation saw her suspended from competition for 15 months.

"I know what level I can play and what tennis I can produce," the former world number one told Xinhua after the match.

"But I'm also realistic, the process of coming back takes time, so I'll keep learning and I'll keep building.

"I'm not overly confident (about winning the tournament) but I have expectations because of the previous results through my career."

Determined to get back to the form that saw her win five Grand Slam titles, Sharapova returned to competition in April 2017.

"I feel like I've gotten a lot of things out of the way physically, mentally and emotionally," the Russian said.

"Some things are coming along slower than I've wanted but some things I feel good about."

At the end of last year, the 30-year-old received a huge confidence boost after winning the Tianjin Open, and believes that time on the court is the key to recapturing her past success.

"I think confidence comes with time and match play and putting yourself in situations where you are able to take those opportunities," she said.

"I know nothing will be handed to me, you have to work for every point of every match."