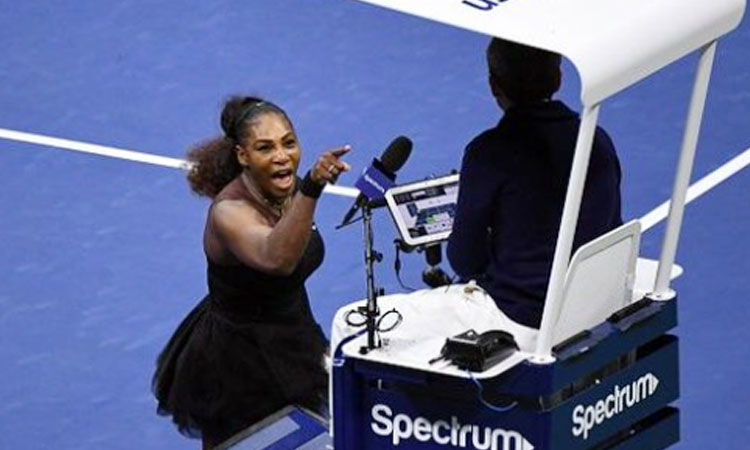 Williams, a 23-time Grand Slam champion, said at a press conference that the muscle pain began during her straight-set win over Germany's Julia Georges in the previous round and that she was planning to undergo a MRI scan on Tuesday," reported Efe.

"I've unfortunately been having some issues with my pectoral muscle," Williams said. "Right now I can't actually serve, so it's kind of hard to play when I can't physically serve."

"It's very difficult because I love playing Maria (Sharapova). It's a match I always get up for. It's extremely disappointing but I made a promise to myself that if I'm not at least 50 percent, I shouldn't play," she added.

The French Open was only the third tournament appearance for Williams, 36, since claiming the 2017 Australian Open title, as she had been on maternity leave for the birth of her daughter in September.

"I'm beyond disappointed. I gave up so much from time with my daughter and time with my family, all for this moment. So it's really difficult to be in this situation," she admitted.

Williams said she had unsuccessfully tried different solutions during her women's doubles third round defeat on Sunday, when she and her elder sister Venus 4-6, 7-6 (7-4), 6-0 lost to Spain's Maria Jose Martinez Sanchez and Slovenia's Andreja Klepac.

Next up for Sharapova, a two-time French Open champion, is either Spain's Garbiñe Muguruza, the third seed, or Lesia Tsurenko of Ukraine.

In the other match, Kerber Garcia 6-2, 6-3 in the French Open last 16, ending the hopes for a local champion.

Kerber, a former World No. 1, needed one hour and seven minutes to defeat the only remaining French singles' player at the tournament, held on clay court.

The two-time Grand Slam champion did not face a single break point in the first set, while she seized on two break points.

Trailing 5-1 in the second set, Garcia saved four match points, only to lose the encounter a few games later.

Garcia committed a total of 37 unforced errors, nearly triple of the 13 winners she hit.

Kerber is set to take on Simona Halep of Romania, who thrashed Elise Mertens of Belgium 6-2, 6-1.