Do-or-die encounter for Royals against Mumbai 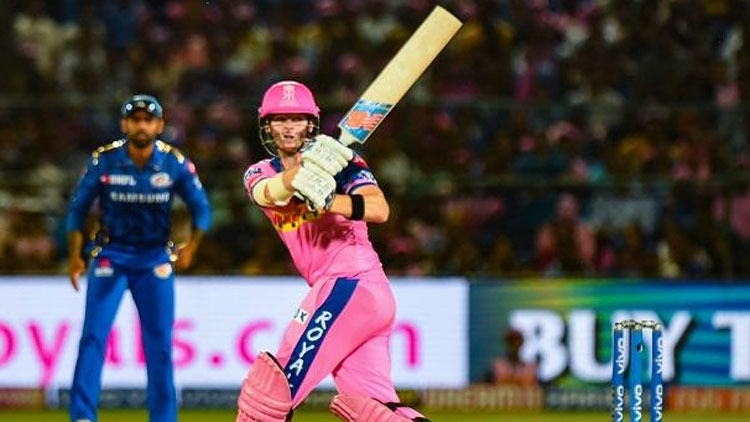 Jaipur: Rajasthan Royals will know anything short of a victory will virtually end their chances of making the play-offs, when they take on high-flying Mumbai Indians at the Sawai Mansingh Stadium on Saturday.

Royals are currently seventh in the points table, having picked four points from eight matches. In their last encounter, the Ajinkya Rahane-led side lost to Kings XI Punjab by 12 runs, a match they threw away chasing 183 for victory after being in the chase till the halfway mark. Royals' batting collapses have cost them as the team is too dependent on Jos Buttler to score runs quickly.

The likes of Rahane and Steve Smith haven't really got going and Sanju Samson's form too, has dipped after the hundred he scored against Sunrisers Hyderabad last month.

Smith did not play the last game and is expected to be back for this one with Ashton Turner, who made his debut against Punjab, failing to make any impact.

Fast rising England quick Jofra Archer is Royals's key bowler and he will have to fire once again to guide his team to a victory over Mumbai who have a lot of firepower in their batting.

The three-time IPL winners made short work of Delhi Capitals on Thursday, winning by 40 runs.

While none of their batsmen got a fifty, leggie Rahul Chahar snared three wickets with Jasprit Bumrah bowling four magnificent overs and Hardik Pandya also doing well with the ball.

The odds are heavily stacked in favour of Mumbai but Royals can draw heart from their first meeting where they won by four wickets in a last over-finish.