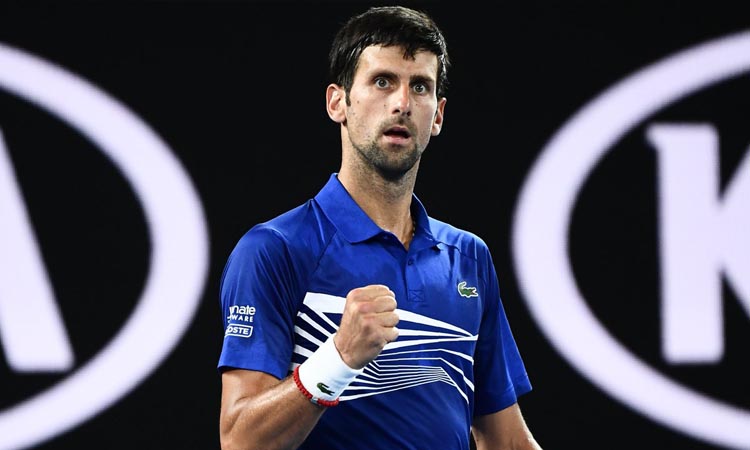 Madrid: Serbia's star Novak Djokovic - winner of 15 grand slams - maintained the No. 1 spot in the men's Association of Tennis Professionals (ATP) world singles rankings released on Monday with 10,955 points, ahead of Spain's Rafael Nadal with a difference of more than 2,500 points.

The top-10 list remained unchanged this week except for both Kei Nishikori of Japan, who climbed one spot up to sixth after having advanced to the semi-final round of the Rotterdam Open, and Roger Federer of Switzerland who dropped to world No. 7, reports Efe news.

Meanwhile, Dominic Thiem of Austria, John Isner of the United States and Marin Cilic of Croatia held onto their eighth, ninth and 10th positions in this week's classification.

Gael Monfils of France jumped 10 places to be ranked 23rd in the list following his victory at the Rotterdam Open on Sunday, while Stan Wawrinka of Switzerland rocketed 27 places up to world No. 41, thanks to being a runner up at the same tournament.

The current top-10 ATP rankings and point scores are as follows: