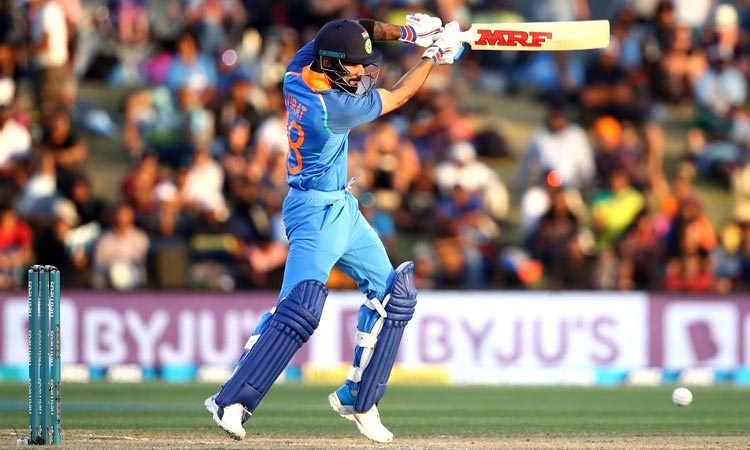 New Delhi: That Virat Kohli is destined to be among the pantheons of all-time greats is an oft-repeated assertion, but for former Australia captain Michael Clarke, the India skipper is already the “greatest ODI batsman to have ever played the game”.

Kohli, World No. 1 Test and ODI batsman, led India through a historic tour of Australia, during which the team won the Test and ODI rubbers and drew the T20 International series.

Kohli’s India was the first team ever not to lose any series down under and along the way, he continued to add to his rapidly-rising count of international hundreds.

“To me, Virat Kohli is the greatest batsman to have ever played one-day cricket. I have no doubts after seeing what he has achieved for India,” Clarke, himself a former World Cup-winning captain, told PTI in an interview.

An unabashed Kohli fan, Clarke said the 30-year-old Indian’s passion is unmatchable. “You have to respect Virat’s passion to win games for his country. Yes, he has aggression but no one can question his commitment, how much he has achieved,” Clarke said.

Dhoni’s style of batsmanship in ODIs, no longer as aggressive as it used to be, has been a matter of concern, but for Clarke, the 37-year-old former India captain should be left alone to play his game.

“MS knows how to react to any given situation. He has played 300 plus ODIs, so he knows how to go about his job,” Clarke said.

But would Dhoni have been as effective as he was in the third ODI against Australia if the target had been 330 instead of 230?

“I think he would have played differently. It was 230 and he had a particular strategy and it would have been different if the target had been bigger,” he said. “Look at his approach in the second game in Adelaide and the third game in Melbourne. It was different,” Clarke said.

On Dhoni’s batting position in the World Cup, Clarke said, “Any position — 4, 5 or 6. He is good enough to bat at any position and I believe Virat will use him accordingly.”