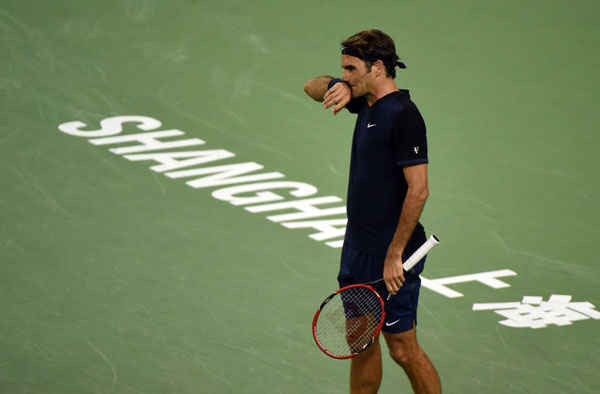 London: Swiss legend Roger Federer rallied from a set down to defeat Kei Nishikori 4-6, 6-1, 6-4, 6-4 and set up a showdown in the Wimbledon semifinals against arch-rival Rafael Nadal, a contest that will be their first at the Cathedral of Tennis since the epic 2008 men's singles final.

Nadal also struggled in the early going of his quarterfinal match on Wednesday against American Sam Querrey before finding a higher gear to win 7-5, 6-2, 6-2, reports Efe news.

With his 100th match victory at the Wimbledon, the most he has recorded at any of the four Grand Slam tournaments, 37-year-old Federer set up the dream contest once more against Nadal that fans have been waiting for ever since the draw was unveiled.

Ahead of that contest, Federer told the media he expected a different match than the ones they played at Wimbledon more than a decade ago. Last month the two met in another epic clash at the Roland Garros, where the Spaniard defeated the Swiss veteran.

That contest was the longest final ever at Wimbledon and -- considering the occasion and the pedigree of the two competitors -- is widely considered the greatest match in tennis history.

Prior to that match-up, Federer -- winner of a record eight Wimbledon men's singles titles -- had defeated Nadal in the 2006 and 2007 finals at the All England Club.

The legendary status of Federer and Nadal has only increased since 2008, with the Swiss now holding the record for most Grand Slam men's singles titles with 20 and the Spaniard currently in second place all time with 18.

The winner of the Federer-Nadal blockbuster though may not even be the favourite in Sunday's final.

Serbian world No. 1 Novak Djokovic was in sublime form in brushing aside Belgium's David Goffin on Wednesday and will be the heavy favourite when he takes on Spain's Roberto Bautista-Agut in Friday's other men's singles semifinal.