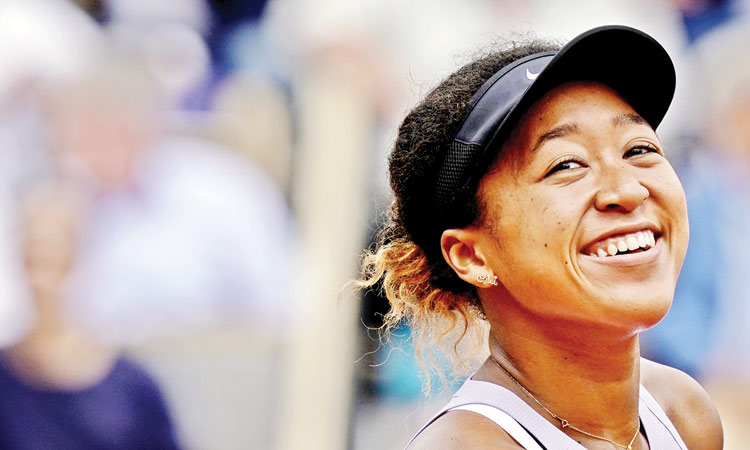 That marked the start of a remarkable rise that included Osaka's first Grand Slam title at the US Open. She followed that with an Australian Open crown that sent her to number one.

But she never found her feet against Bencic, whose crisp groundstrokes and precise service game propelled her to victory in 66 minutes.

"I didn't play that well," Osaka said. "Honestly, at a time like this with that scoreline, I would usually feel very depressed and sad. But I feel pretty good right now, because I tried my best and I don't really have any regrets.

"She was just playing so well ... there wasn't anything that I could do in that situation."                   Bencic, who turned 22 on Sunday, is back on the rise after a string of injuries stalled a career that had exploded with two precocious WTA titles in 2015.

The victory over Osaka came in "very high" in her list of big wins.

"I mean, she's the number one player in the world. She won everything in the past couple of months.

"I played, I think, a great match. I'm really happy with myself.

Halep, who received treatment for blisters on her foot during the match, hit just six winners and piled up 36 unforced errors.

"I was running too much and too defensive," she said. "But it's everything I could do today."   Her defeat means Osaka will retain her number one ranking, even though she couldn't pull off her first title defense.

Vondrousova, who beat 2018 runner-up Daria Kasatkina and former French Open winner Jelena Ostapenko on the way to the fourth round, will go for another big win when she faces sixth-seeded Elina Svitolina, who battled to a 7-6 (10/8), 5-7, 6-4 victory over Australian Ashleigh Barty.

Former world number ones Venus Williams and Garbine Muguruza made it into the quarter-finals.

Andreescu -- who roared to her first WTA final as a qualifier in Auckland in January, beating two former world number ones on the way -- is in the quarter-finals of one of the WTA's elite premier mandatory events for the first time.

Andreescu improved her match record for 2019 to 25-3, including qualifying, as she became the youngest player to make the last eight at Indian Wells since a 17-year-old Anastasia Pavlyuchenkova reached the semis in 2009.

Williams will fight for a semi-final berth against eighth-seeded Angelique Kerber, who beat ninth-seeded Aryna Sabalenka of Belarus 6-1, 4-6, 6-4.