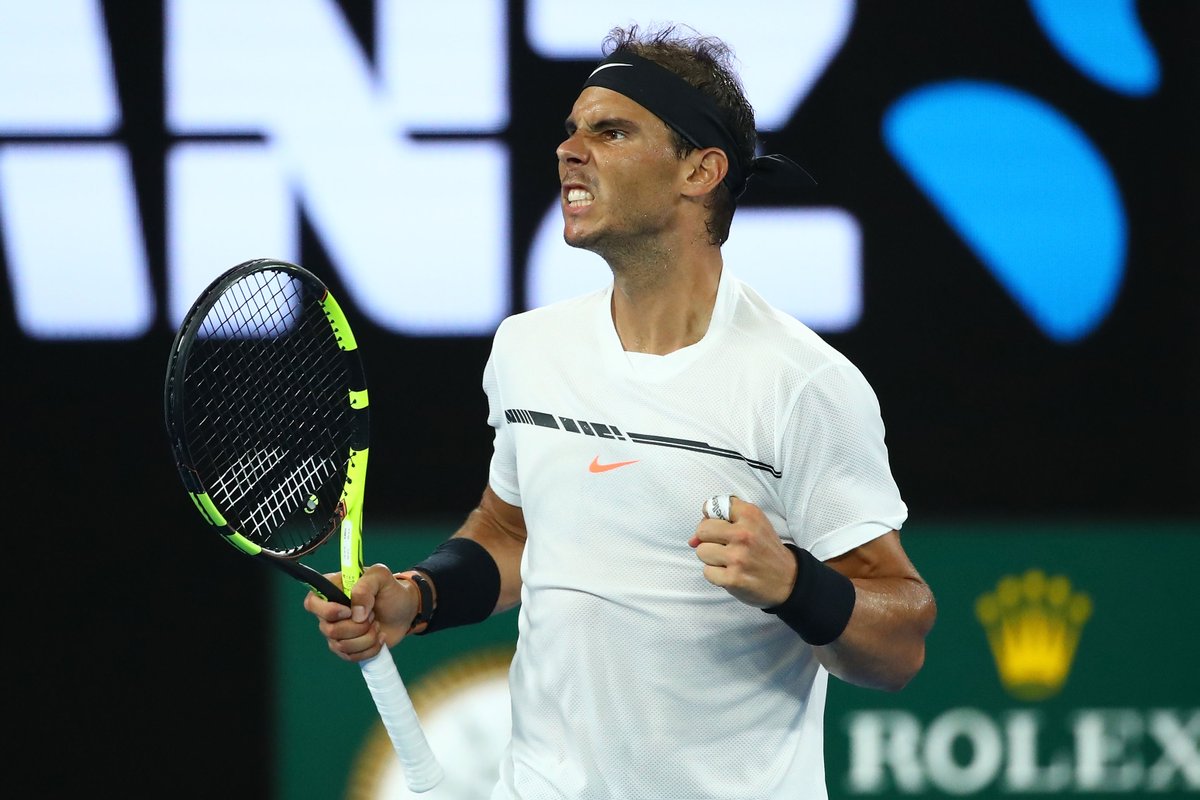 Rome: Spanish world number 2 Rafael Nadal has moved a step closer to his first ATP Tour title in nine months, routing Georgia's Nikoloz Basilashvili 6-1, 6-0 in just over an hour to reach the quarterfinals of the Italian Open.

Like many of the competitors in the men's and women's singles draws, Nadal played both his second and third round matches on Thursday due to a near-total rainout the day before, Efe news reported.

But the defending champion barely broke a sweat in either contest.

The eight-time Rome Masters champion and 11-time French Open champion has yet to reach a clay-court final this season and has not won a title on any surface since capturing the Rogers Cup on hard courts in Toronto last August.

But he looked in ominous form against the Georgian.

Nadal was very efficient in his service games and particularly impressive on return, winning 20 of Basilashvili's 32 first-serve points in the match and breaking his opponent's serve on five occasions.

"Playing two matches is a very dangerous day. I was able to manage it well," Nadal was quoted as saying afterward on the ATP Tour's Web site. "I played well, especially I think better in the afternoon than the morning. Yeah, (I'm) happy about that level in the afternoon."

Next up for the world number 2 in Friday's quarterfinals will be 38th-ranked countryman Fernando Verdasco, who spent two hours and 43 minutes on court in upsetting Austrian world number 4 Dominic Thiem 4-6, 6-4, 7-5 early Thursday and then needed two hours and nine minutes to finish off a 7-5, 3-6, 6-3 win over Russia's Karen Khachanov later in the day.

The four-time Italian Open champion started his day by defeating Canada's Denis Shapovalov 6-1, 6-3 and then cruised past Germany's Philipp Kohlschreiber 6-3, 6-0.

He will next take on big-hitting Argentine Juan Martin del Potro, the world No. 9, who won both of his matches Thursday in straight sets.

Afterward, Djokovic noted that neither he nor Del Potro had spent an inordinate amount of time on court and should be in good shape for Friday.

"Of course, he probably prefers because of style of play hard court more. He played equally well throughout his career on clay," the ATP Tour's site quoted Djokovic as saying. "With that serve and forehand, it doesn't really matter what surface you play on. It's quite a weapon that he has."