Ind-Eng Test series: India 53/2 before lunch in the 5th match 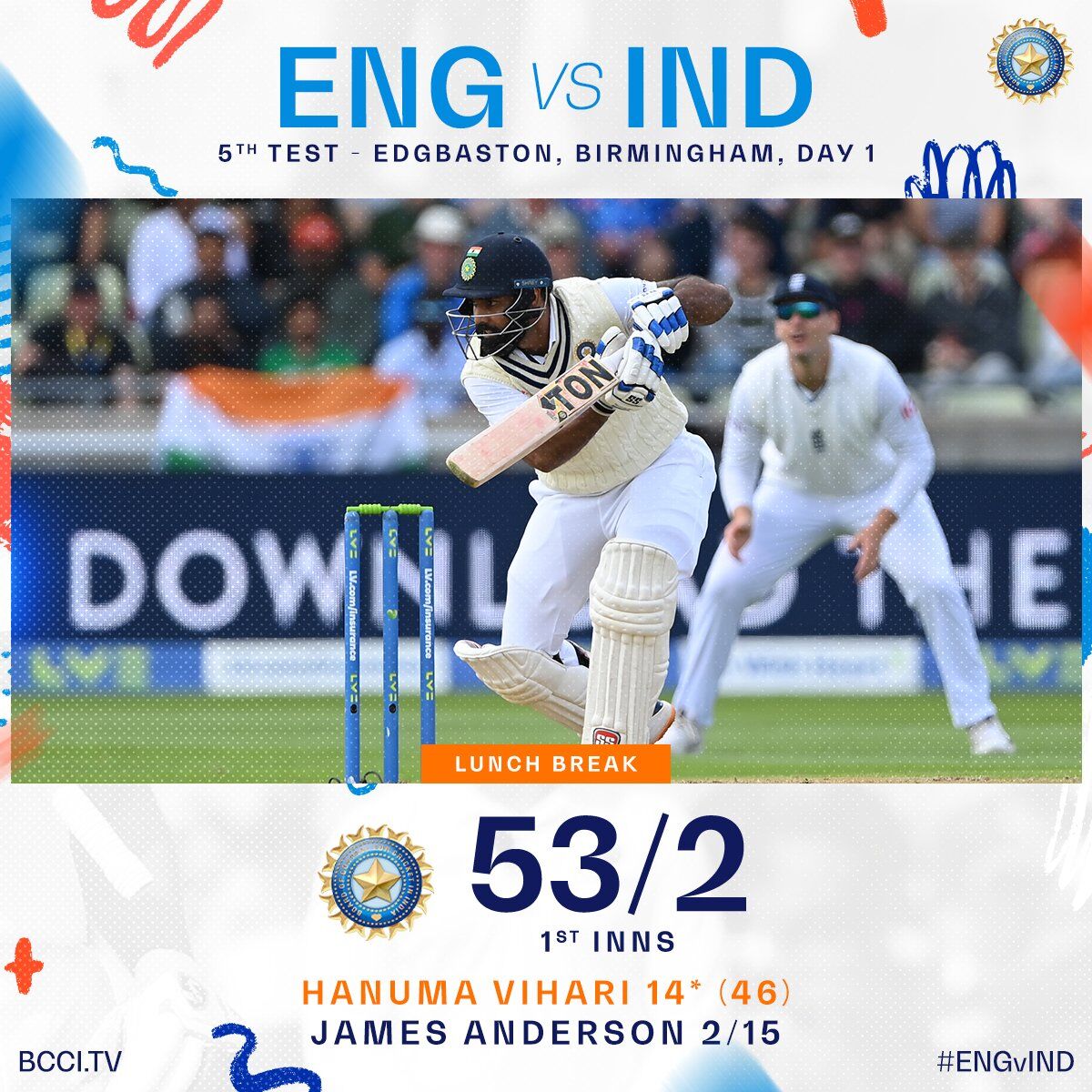 Birmingham: In the fifth match of India vs England Test series at Edgbaston stadium here on Friday, India reached 53 with two wickets down in 20.1 overs before lunch. After winning the toss, England skipper Ben Stokes sent India to batting, and the latter lost its openers, Shubman Gill and Cheteswar Pujara.

Virat Kohli(1 off 7) and Hanuman Vihari (14 off 46) were in the crease before the first session of the day ended.

Making an outer edge of his bat, youngster Gill (17 off 24) got caught at second slip by Zak Crawly in James Anderson's delivery at 6.2 overs. He had shot the red ball four times to the fences. Later at 18 overs, Pujara also gave wicket to Anderson, edging the ball to second slip again.

NDTV reported that the focus would be on Virat Kohli as Indian batters will find the England pacers challenging. However, Virak Kohli met a three-digit score three years ago and is in a constant struggle to find his foot on the pitch. But he had scored a century in Edgbaston stadium in 2018, which may serve him confidence.

Ravindra Jadeja will bat ahead of Ravichandran Ashwin this time. Meanwhile, England is all attack, regardless of being a Test, as it has swept the Test series against New Zealand 3-0 under Stokes's captaincy, NDTV reports.