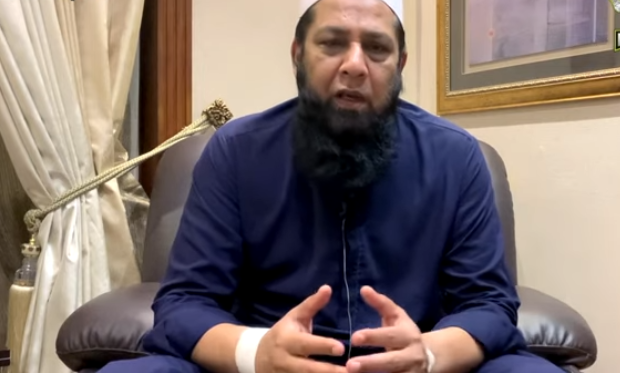 text_fields
bookmark_border
"Inzi bhai, inshallah your recovery will be as effortless as those cover drives you used to hit past me," wrote former South Africa cricketer Jonty Rhodes.

Lahore: A day after reports came in that former Pakistan captain Inzamam-ul- Haq had suffered a heart attack and had undergone angioplasty in Lahore on Monday, the legendary cricketer clarified that he "did not suffer a heart attack", and that he had gone for a routine check-up where the doctors asked him to undergo angioplasty as "one of the arteries was blocked".

Inzamam, posted a video on his official YouTube channel on Tuesday evening, saying he had visited the hospital due to stomach pain and during a routine check-up, it was found that he had a blocked artery.

"I saw reports saying I had suffered a heart attack. I did not. I went to my doctor for a routine check-up, who said they wanted to conduct an angiography. During angiography, they noted an artery of mine was blocked, so they inserted stents to alleviate that problem. It was successful and easy, and I came back home after just 12 hours at the hospital. I feel fine," he added.

Inzamam also urged his fans to monitor their cardiac health at regular intervals.

"I went to the doctor because I felt a bit of discomfort. It wasn't even close to the heart area, but the stomach. Had I delayed getting it checked out, doctors said the heart could have been damaged," he added.

Among the scores of get-well messages from former cricketers of is time, was this one quoted in website cricketNmore from former South Africa cricketer Jonty Rhodes, "Inzi bhai, inshallah your recovery will be as effortless as those cover drives you used to hit past me."