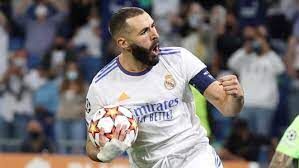 Benzema is one among the five people under trial in a case registered in 2015, which comes under extortion from his teammate Mathieu Valbuena.

This case shook the football community. Benzema lost chances in both national and club teams in the aftermath of this case.

Phone records revealed the larger conspiracy of the case. The judgment from a court in Versailles said that Benzema was "personally involved" in the scheme to extort money.

Sylvain Cormier, the lawyer who appeared for Benzema, reacted to the verdict stating that "the reaction is ultimately an angry one to this judgment which is perfectly contradictory and they have condemned him with a very severe, unjust sentence without proof. I'm quite shocked by this ruling." Paul Albert Iwens, lawyer who appeared for Valbuena, declined to comment on Benzema's sentence.

This case directly relates to a sex tape that features Valbuena . Valbuena plays for Greek club Olympiacos now. Benzema is accused of pressurizing his teammate Valbuena to pay the blackmailers to block the video from coming to the public.

Sylvain Cormier said that they would appeal the verdict in the higher court.